Zimbabwe must be ‘almost flawless’ to rattle Pakistan, says Mawoyo. 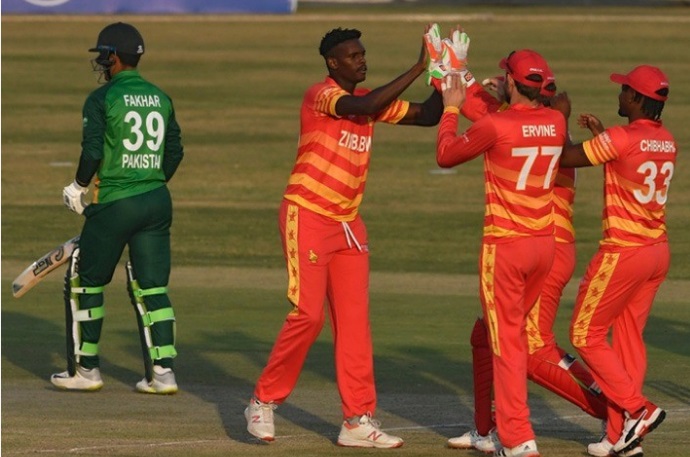 Bruised by four heavy losses to Afghanistan across two formats in Abu Dhabi last month, Zimbabwe is expected to ring in the changes when they meet Pakistan on Wednesday in the first of three Twenty20 matches at Harare Sports Club.

Challenges abound on and off the field for Zimbabwe ahead of their home series against Pakistan, but former test opener Tino Mawoyo believes the return of several batting stalwarts will lift the hosts’ spirits.

Bruised by four heavy losses to Afghanistan across two formats in Abu Dhabi last month, Zimbabwe is expected to ring in the changes when they meet Pakistan on Wednesday in the first of three Twenty20 matches at Harare Sports Club.

Two test matches will follow at the same venue.

Brendan Taylor and Craig Ervine are set to return to the lineup, bolstering a batting unit that is heavily reliant on all-rounder Sean Williams.

“I think it’ll definitely bring the stability that we lacked, the experience, and I think it’ll just lift the spirit of the lads as well,” Mawoyo told Reuters.

A mountain confronts the hosts, however, if they are to threaten a Pakistan side brimming with confidence after dominating South Africa at home and away.

“(Zimbabwe) will have to be almost flawless in all three departments… they cannot afford to lapse at all and allow Pakistan to take control,” said Mawoyo, who carried his bat for 163 against the Asian side in a 2011 test.

One example of that came in 2013 when Mawoyo and his teammates engineered a red-ball upset against Pakistan.

“I know it’s a very long time ago, but the last time Zimbabwe took on Pakistan in a test match in Harare, they won,” he said.

Streak, who was handed an eight-year ban, admitted to five breaches of the International Cricket Council anti-corruption code, including the disclosure of inside information for betting purposes and accepting a corrupt payment.

“(It is) not ideal to have such news going into such a big series, however, the lads are professional. Some of them I know have personal relationships with him (Streak), but I think they just need to focus on the job at hand,” Mawoyo said.

“The boys are professional enough to know what they need to be focusing on.”