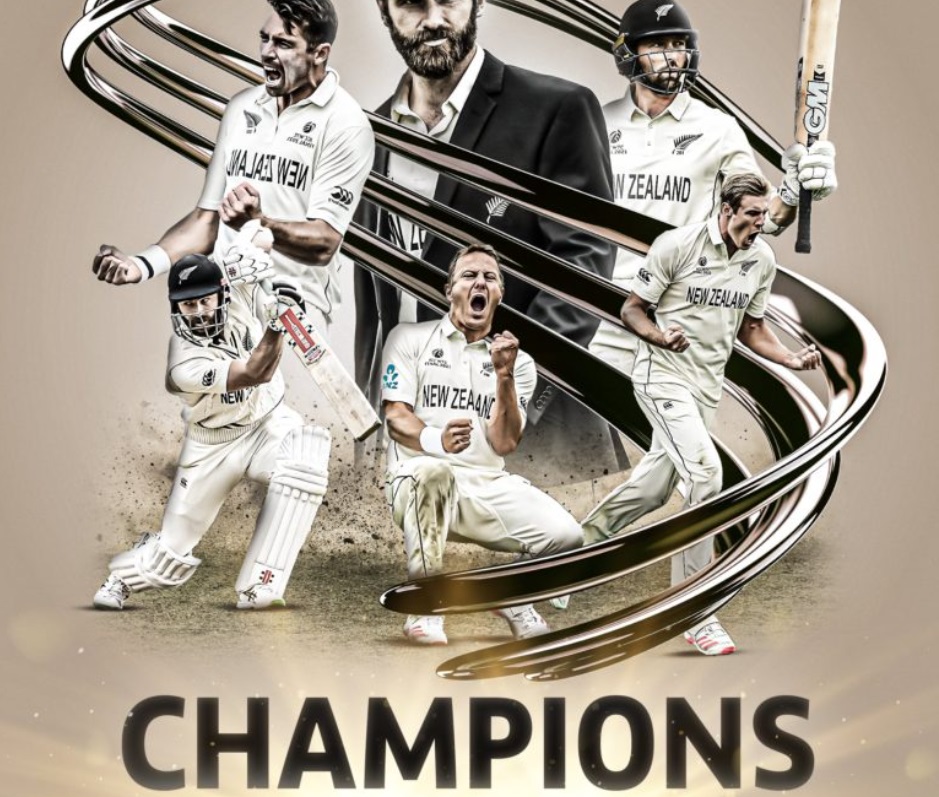 The world is pouring in congratulatory messages for the New Zealand cricket team after they scripted history at Southampton on Wednesday by defeating India in the final of the inaugural World Test Championship. This is also New Zealand’s first major ICC trophy win. New Zealand Prime Minister Jacinda Ardern led the tributes to Kane Williamson’s side for winning the coveted trophy. “What a team! Congratulations @blackcapsnz You’ve made us all proud…again! #worldchampions,” wrote PM Ardern in an Instagram post.

“This was a masterful performance from a team at the top of their game and on top of the world. Kane Williamson and the team leadership have built a brilliant and humble squad who have become an inspiration to many New Zealanders, added PM Ardern,” Prime Minister Jacinda Ardern was quoted as saying by AFP.

Winning the WTC final against India wasn’t an easy task for New Zealand, even after they took a 32-run lead in the first innings.

After putting India in to bat, New Zealand restricted them to 217, before posting 249 in return. 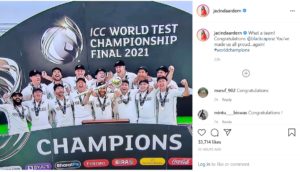 New Zealand’s pacers shone as they bundled out a strong Indian batting lineup for 170 in the second innings, and New Zealand were set the target of just 139 runs to chase.

While chasing the target, the Kiwis lost both their openers early but captain Kane Williamson made a 96-run partnership with the veteran batsman Ross Taylor under challenging conditions in the last session of the reserve day.

Williamson, with scores of 49 and 52*, led from the front and was the highest run-getter in the match.