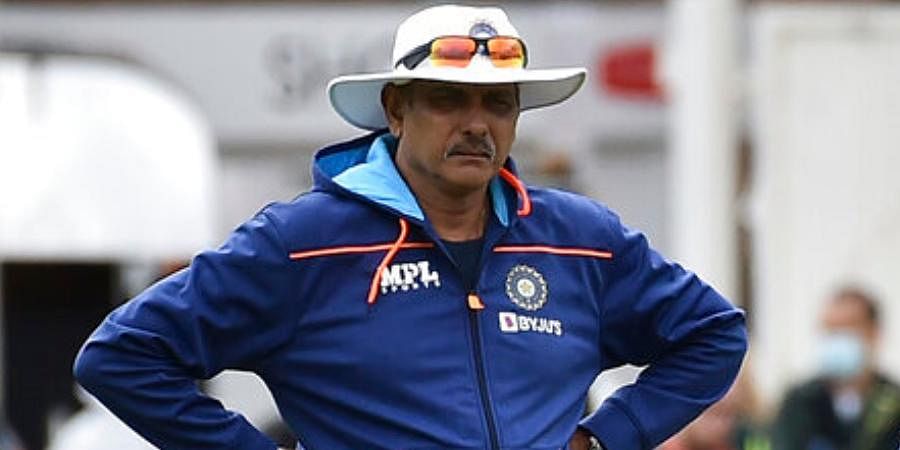 Muscat: Former India head coach Ravi Shastri does not see any reason to press the panic button after the team’s shocking Test and ODI series loss to an under-strength South Africa as he believes it is a “temporary phase” and the side will tide over it soon.

In the backdrop of Virat Kohli’s departure as captain from all formats, India, under stand-in skipper KL Rahul, were blanked 0-3 in the ODIs to cap a forgettable tour to South Africa. India had earlier suffered back-to-back defeats in Wanderers and Cape Town to lose the Test series 1-2. At the end of that series, Kohli stepped down from captaincy in the longest format, marking the end of an era in Indian cricket.

“If you lose one series, you people start criticising… You can’t win every game, there will be wins and losses,” Shastri, who ended his tenure after the T20 World Cup in UAE last year, told PTI on the sidelines of the ongoing Legends League Cricket.

The ODI series defeat in South Africa was their first after Kohli was sacked as skipper in the 50-over format in December last year.

Shastri said he did not follow a single ball of the South Africa series but refused to believe that the standard has dropped.

“How can the standard go down suddenly? For five years, you have been number one side in the world,” he asserted.

Keeping in mind the T20 World Cup in Australia in October, India have a packed white-ball calendar and will be hosting West Indies, Sri Lanka and South Africa this year.

With IPL being a 10-team affair this time, the home season would stretch till June before the Indians leave for England to play the final Test of a series that was halted midway last year due to a COVID-19 outbreak, followed by three T20Is and 3 ODIs.

Shastri maintained that there’s nothing to worry about and dismissed the recent setbacks as a temporary phase.

Kohli announced his decision to quit as Test skipper a day after the team lost 1-2. Shastri said such decisions should be respected as it boils down to individual choice.

“It’s his choice. You have to respect his decision. There is a time for everything. A lot of big players in the past have left captaincy when they felt they wanted to focus on their batting or on their cricket.

Asked whether his body language has changed following the captaincy saga, Shastri said: “As I said, I’ve not followed a single ball in the series. But I don’t think there will be too much change in Virat Kohli.”

“I took a break after seven years in the game, been part of the team, One thing is very clear, I do not wash dirty linen in public.

“I was very clear, the day I finished, I will be blank. I don’t want to discuss any of my players on a public platform.

Kohli ended his tenure as India’s most successful Test captain with 40 wins from 68 matches. However, he often drew criticism for failing to win a limited-overs world event during his leadership stint in the shorter formats.

Shastri said a captain should not be judged on that yardstick.

“Many big players have not won a World Cup. That’s alright. (Sourav) Ganguly, (Rahul) Dravid, (Anil) Kumble also have not won. So can we label them as bad players?

“You can’t generalise. You go and play. How many World Cup winning captains do we have. Sachin Tendulkar had to play six World Cups before winning it,” he pointed out.

“At the end of the day, you are judged by how you play, are you an ambassador of the game? Do you play the game with integrity, and do you play for a long period of time? That’s how you judge players at the end of it all.”

On Kohli’s war of words with the BCCI over the issue of captaincy, Shastri said: “Communication is an important thing. I don’t know what transpired in between them. I wasn’t part of their conversation.

“I can’t comment unless I speak to both the parties. It’s better to keep your mouth shut if you have less information, speak when you get proper information.”

Asked whether India felt the absence of injury-prone all-rounder Hardik Pandya during the South Africa series, he said: “It’s a game of fitness now. If you are fit, you play. If you are not fit, you don’t play someone else would play. It’s simple.”

Shastri is here as the commissioner of the Legends League Cricket and he’s expected to be back in the commentary box during India’s final Test in England with the hosts trailing 1-2.

Happy with the response to the first edition of the league, Shastri said they’re expecting more star players including the likes of Chris Gayle, AB de Villiers, and Daniel Vettori among others, to join the next time.

“This league has a great potential. Initially, I was apprehensive of two things — the fitness standard and commitment.

“In future, we will see fitter players here. There was very little time to prepare for this tournament and we had this Omicron outbreak. It was not easy to organise in such a short notice.”

Shastri said they have a cool-off period of six months for the retired stars to join the league.