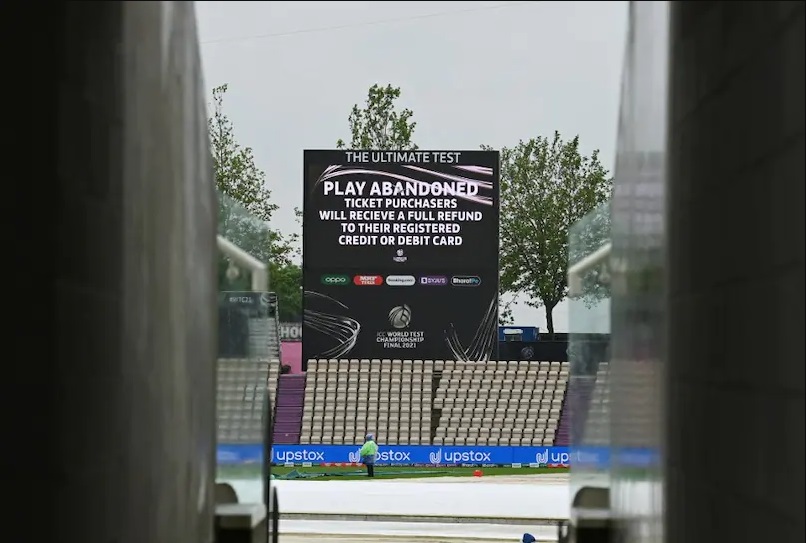 Rain meant there was no play at all in Monday’s fourth day of the World Test Championship final between India and New Zealand at Southampton — the second time in the match a day’s play had been washed out without a ball bowled. Overnight and early morning rain meant the pitch and square at Hampshire’s headquarters remained fully covered when the match should have resumed at 10:30 am local time (0930 GMT). Play was finally abandoned for the day at 3:00 pm (1400 GMT), with Friday’s first day having suffered a similar fate.

Match referee Chris Broad, however, has a special dispensation to extend this final into a sixth day — men’s Tests usually only last a maximum of five days — if he feels that will compensate for time lost in the game.

An absorbing day of high-quality cricket on Sunday, cut short by bad light despite the use of the Hampshire Bowl’s floodlights, ended with New Zealand 101-2 in reply to India’s first innings 217 — a deficit of 116 runs.

It was his third score of over fifty in just five Test innings following the 29-year-old South Africa-born left-hander’s stunning 200 on his debut against England at Lord’s this month.

India, as New Zealand had done after winning the toss, bowled well in helpful conditions with fast bowler Ishant Sharma having figures of 1-19 in 12 overs at Sunday’s close and off-spinner Ravichandran Ashwin 1-20 in 12.

This match, the culmination of the inaugural World Test Championship that has spanned two years of series between the leading Test nations, is worth $1.6 million to the winners and $800,000 to the runners-up.