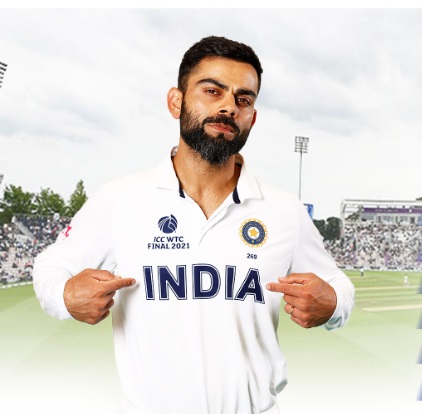 The Board of Control for Cricket in India (BCCI) on Thursday announced India’s playing XI for the World Test Championship final against New Zealand. Ravindra Jadeja, Jasprit Bumrah and Mohammed Shami, who did not play the last Test against England, were included in the final XI. Jadeja was out with a shoulder injury during the home Test series against England earlier this year while Jasprit Bumrah was released from the squad ahead of the last match of the four-game series as he was set to tie the knot with sports presenter Sanjana Ganesan.

Shubman Gill, who did well in the intra-squad match at The Ageas Bowl in Southampton, was named Rohit Sharma’s partner at the top of the order for the opening slot.

The openers will be followed by Cheteshar Pujara, captain Virat Kohli and vice-captain Ajinkya Rahane as was expected.

Rishabh Pant, who has been in terrific form in the recent past, got the nod for the wicketkeeper’s role ahead of experienced Wriddhiman Saha.

India are going in with two spinners in Ravichandran Ashwin and Ravindra Jadeja, while the pace bowling department will have Bumrah, Mohammed Shami and Ishant Sharma.

Shami, who missed seven Tests after copping a nasty blow to his hand while facing Pat Cummins in Adelaide, was picked ahead of youngster Mohammed Siraj.

Middle-order batsman Hanuma Vihari, Siraj, Umesh Yadav and Wriddhiman Saha were the players who missed out from the 15-member squad which was named on Tuesday.