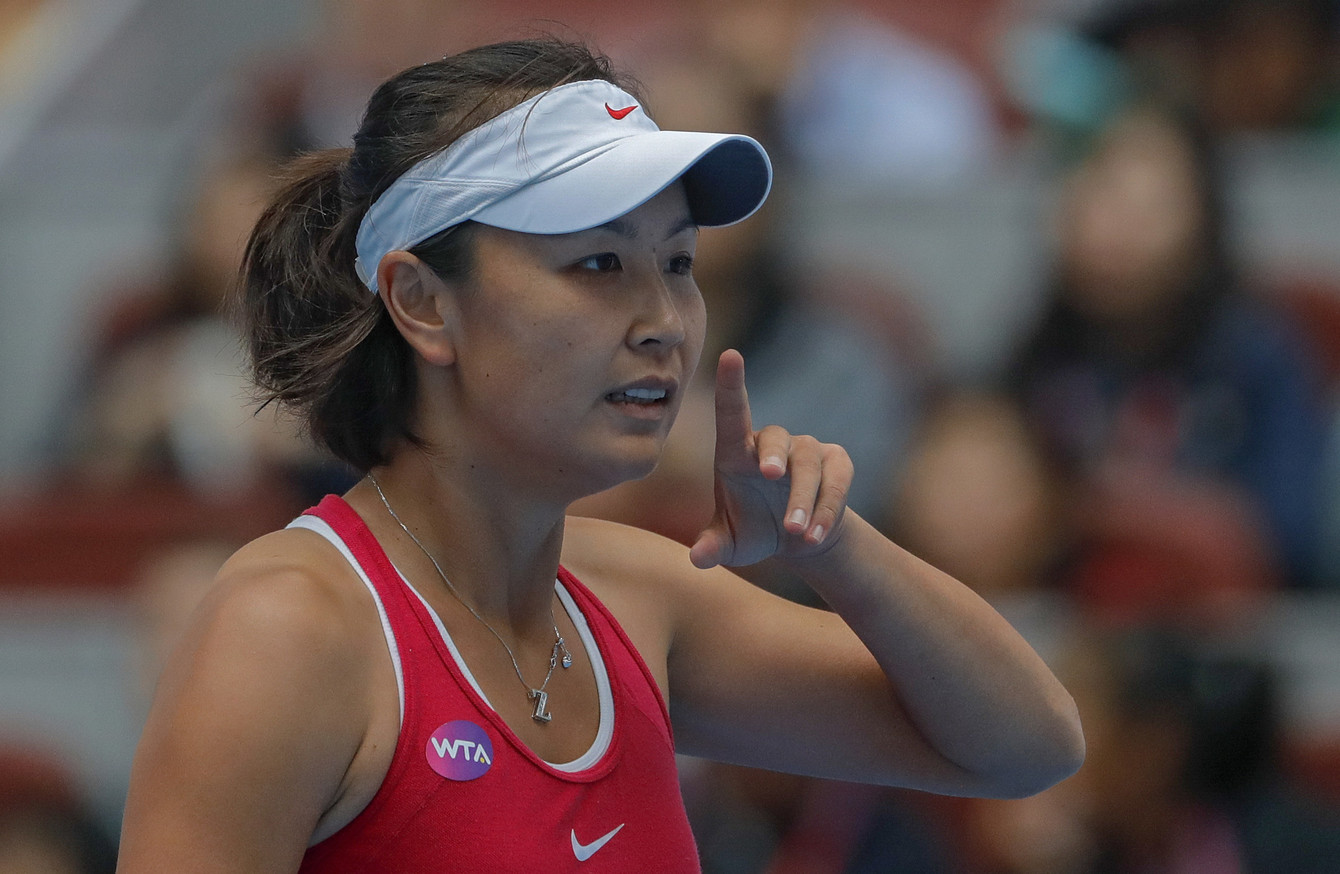 Paris, France: The head of the Women’s Tennis Association “remains deeply concerned” about Chinese star Peng Shuai, following her accusations of sexual assault against a powerful politician, a spokeswoman told AFP on Saturday.

WTA chairman Steve Simon “has reached out to Peng Shuai via various communication channels. He has sent her two emails, to which it was clear her responses were influenced by others,” she said.

“He remains deeply concerned that Peng is not free from censorship or coercion and decided not to re-engage via email until he was satisfied her responses were her own, and not those of her censors.”

“The WTA remains concerned about her ability to communicate freely, openly, and directly.”

Peng, a 35-year-old Wimbledon and French Open doubles champion, was not seen for more than two weeks following her allegations that former vice-premier Zhang Gaoli, now in his 70s, forced her into sex during a years-long on-off relationship.

On Sunday, official photos of a Beijing tennis tournament showed Peng among attendees, and she participated the same day in a video call with Thomas Bach, president of the International Olympic Committee.

Beijing will host the Winter Olympics in February.

The European Union, the United Nations, the United States and Britain have all called for proof of Peng’s whereabouts and well-being.

China’s foreign ministry has said that “people should stop deliberately and maliciously hyping up” the controversy around Peng.

Last week, a Chinese state-run media outlet published what it said was a screenshot of an email by Peng which stated that the accusations made by tennis star were “not true” and that “everything is fine” with her.

Peng appeared in a 30-minute video call with Bach, which has been roundly criticised since.

The IOC said in a statement that during the call, “Peng Shuai thanked the IOC for its concern about her well-being.”

“She explained that she is safe and well, living at her home in Beijing, but would like to have her privacy respected at this time,” it said.

But human rights groups and sporting authorities overseas have continued to voice concern about Peng and whether local authorities will act on her allegations.

Human Rights Watch slammed the IOC and called for them to explain how the video call with Peng had been organised.

The EU also expressed its concern to AFP on Wednesday.

“We have seen Peng Shuai’s presumed remarks and footage from her public appearance. However, the reports, both about the allegations of abuse and the fact that she had not been seen for two weeks, remain very worrying,” the EU spokeswoman, Nabila Massrali, said in a statement to AFP.

“We are not in a position to comment on the allegations themselves, but we urge a full and transparent investigation,” she said.

No Nadal as Alcaraz era begins for Spain in Davis Cup
Davis Cup: Novak Djokovic-led Serbia down Austria 3-0 in opener