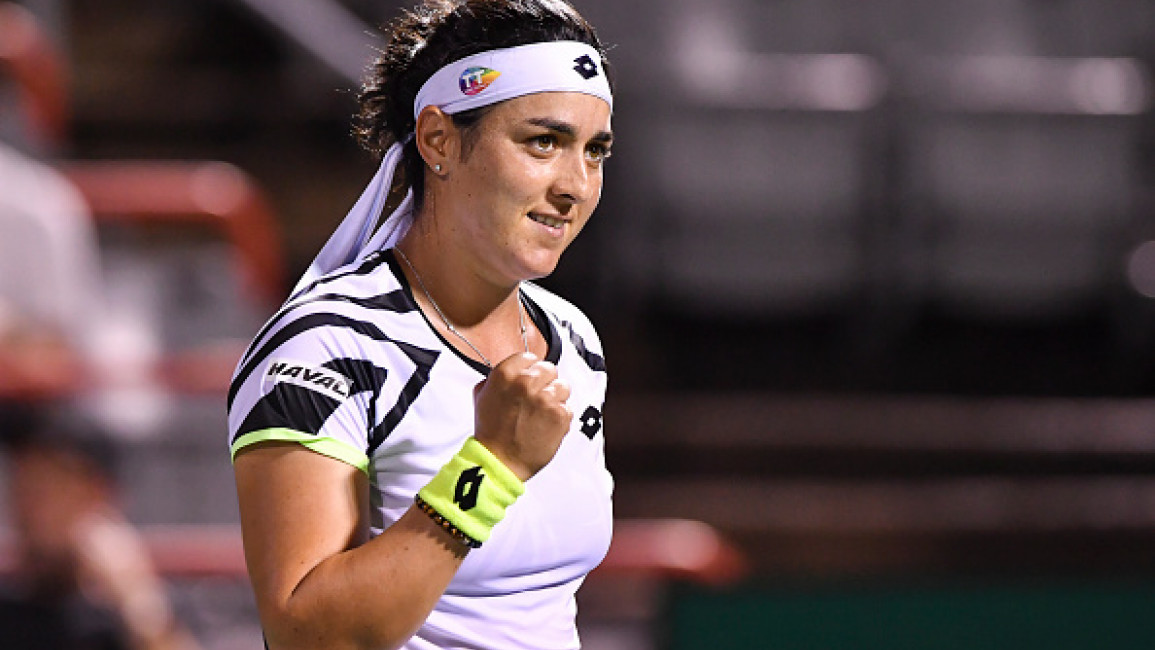 Montreal: Tunisia’s Ons Jabeur rallied from a set down to knock second seeded defending champion Bianca Andreescu out of the WTA hardcourt tournament in Montreal 6-7 (5/7), 6-4, 6-1 on Thursday.

The third-round upset was twice interrupted by rain as the Birmingham champion Jabeur – first Arab woman to win a WTA title – completed the second defeat of the day for Canada.

Jabeur won her 36th match of the season, second-best on the Tour behind Sabalenka, with 37.

Sabalenka will play for the semi-finals on Friday when she takes on double Grand Slam champion Victoria Azarenka – a 6-4, 3-6, 7-6 (7/2) winner over Maria Sakkari – in an all Belarussian clash.

Azarenka will be playing the Canadian quarters for the first time in seven years.

“It was a very good battle with a lot of rallies,” Azarenka said. “Maria played very well.

“I was able to take advantage in the important moments of the third set. After taking a break (since Wimbledon) those matches where I have to find the winning solution are very important.” Sabalenka has won two of three prior meetings with Azarenka, a compatriot nine years her senior who counts a pair of Australian Open titles in her trophy collection.

Sabalenka halted Marino’s progress as the Canadian continues to resurrect a career she interrupted for five years to work out mental health concerns.

Marino marked her home week by winning back-to-back matches for the first time since November 2018.

But she lost serve four times against Sabalenka, who finished with six aces and saved all five break points she faced.

“My plan was to put pressure on her and not give her much time,” Sabalenka said, “She had nothing to lose and had the crowd support. I played aggressive from the start.”

Sabalenka, who has not lost a match to a player outside the Top 200 since June 2019, will be playing her eighth quarter-final of the season.

Fourth seed Karolina Pliskova duplicated her Canadian career best by reaching the quarters with a 6-1, 7-6 (10/8) victory over Amanda Anisimova.

Britain’s Johanna Konta, who upset third seed Elina Svitolina in the third round, withdrew with a knee injury, handing a walkover to Coco Gauff – who will take on Giorgi for a place in the semis.

The 17-year-old American has played only one full match so far this week after Russian Anastasia Potapova quit their third-rounder with an ankle problem.