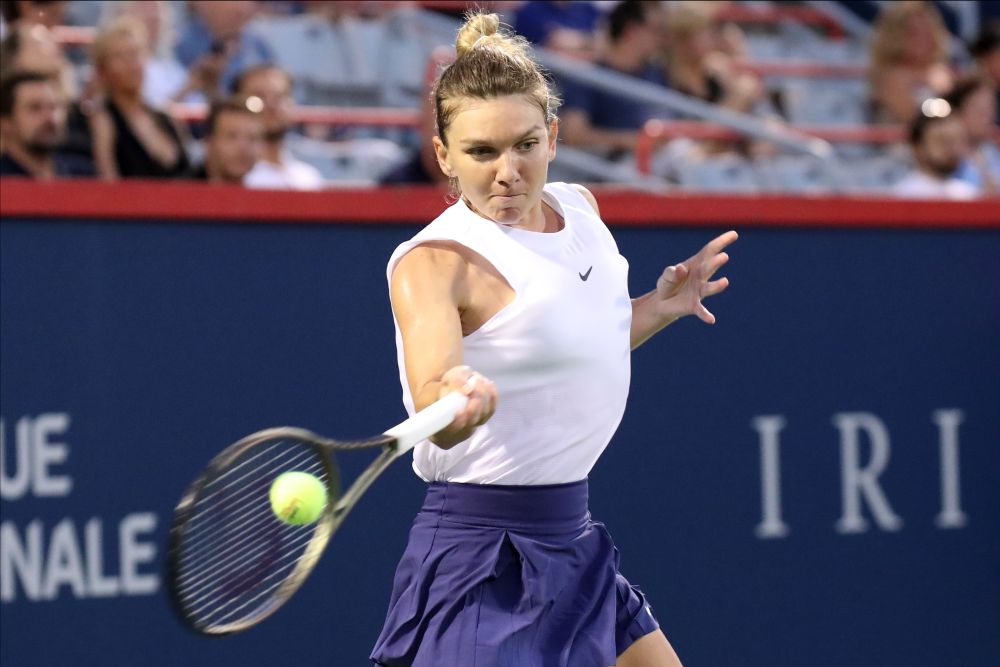 Montreal: A red-hot Danielle Collins spoiled Simona Halep’s return from a three-month injury layoff on Wednesday, downing the former world number one in three sets in the second round of the WTA hardcourt tournament in Montreal.

American Collins extended her win streak to 12 matches – a run that saw her claim back-to-back titles in Palermo and San Jose – with her victory over the former top-ranked player who missed Roland Garros, Wimbledon and the Olympics with a calf injury.

fore taking time away for treatment and recovery.

“It was a great match especially after a few months of break,” Halep said. “I played really well and I’m happy with everything – it was a bit unexpected.

“I’m getting better and I’m positive about how I played.

“After three months it’s tough to play three hours at a high level with someone who has been winning a lot of matches.”

Collins kept the sixth-seeded Halep under constant pressure, the Romanian saving 15 of 22 break points against her serve.

Top seed Aryna Sabalenka fired 18 aces to power into the third round, the world number three from Belarus defeating 2018 finalist Sloane Stephens 7-6 (7/4), 4-6, 6-4 in two and a half hours.

The Wimbledon semi-finalist had to overcome 11 aces from Stephens but broke the American’s serve six times to secure the victory.

She next faces comeback Canadian Rebecca Marino, the number 220 who quit the sport for five years from 2013 in the interest of her mental health.

Marino is on her career second wind and thriving so far at the home tournament in both singles and doubles.

“I was excited to pull off the win,” she said. I started a bit nervous, but by the third set I had found my rhythm.

“I’m feeling confident after finally closing it out, I’m proud of turning it around.

“I now have to prepare for a long day tomorrow.”

Marino called herself “an underdog” against Sabalenka in the first-time meeting.

“But I can’t sell myself short,” she said. “I need to step up and do my best. If I play my game I stand a chance with all of these girls.”

The 41st-ranked Konta is making up for lost time after being ruled out of both Wimbledon and the Olympics due to positive COVID-19 tests.

Fourth seed Karolina Pliskova advanced past Croat Donna Vekic 4-6, 6-3, 7-6 (7/2) in a comeback which fell just short of the three-hour mark.

The Czech winner, a two-time Canada quarter-finalist and recent Wimbledon finalist, hammered 15 aces along the way.