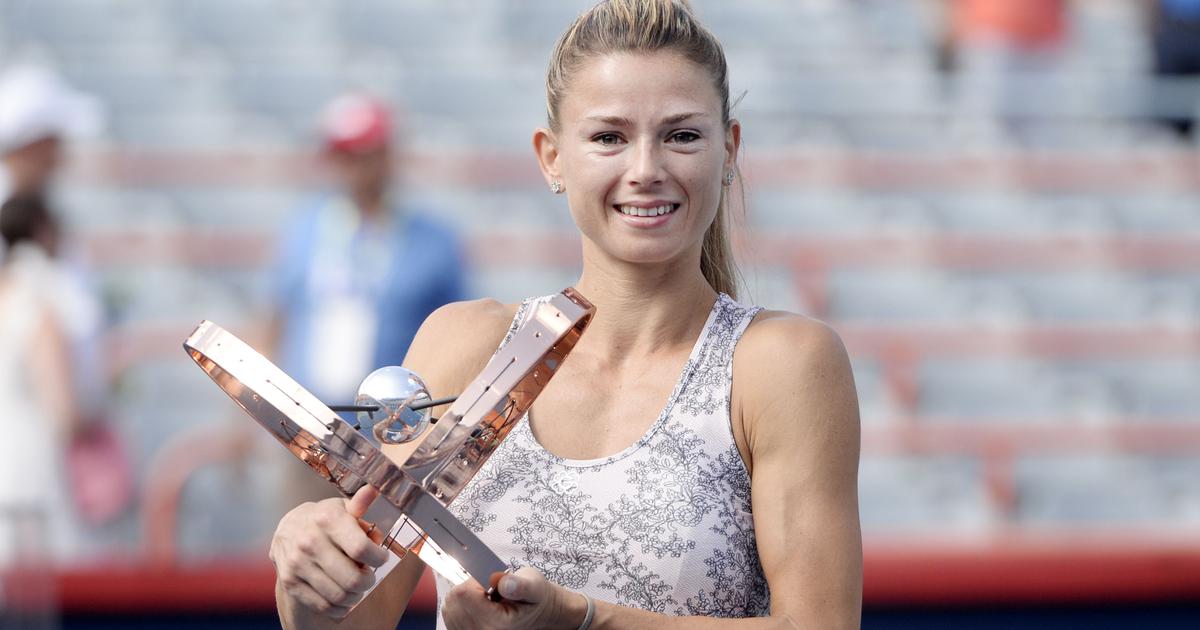 The first Italian winner of the prestigious US Open tuneup now owns three career titles after winning in Linz in 2018 and in the Netherlands three years earlier.

The world number 71 completed a 2021 hat-trick of victories over the sixth-ranked Czech, who has now lost three finals this season.

“I was very emotional inside,” Giorgi said. “Of course, I’m not the one that shows a lot.”It’s just amazing,” she added. “I’m very happy for what I did this week.”

Wimbledon finalist and Rome runner-up Pliskova had no answer for the inspired shotmaking of Giorgi, who also defeated Pliskova in the first round at Eastbourne and in the third round at the Tokyo Olympics.

The Czech had won 12 of her past 14 matches coming into the final, which lasted almost one and three-quarter hours.

But Giorgi’s seven aces, and four service breaks, were enough to again overcome Pliskova, who remained impressed with her opponent’s top form.

“She played super-solid all week actually, not crazy like she can play sometimes,” Pliskova said.

“I think she played really well, serving well at the important moments … she was just a bit better today.”

The first Italian winner of the prestigious US Open tuneup now owns three career titles after winning in Linz in 2018 and in the Netherlands three years earlier.

Giorgi is expected to rise into the top 35 in the world rankings for the first time since May, 2019, as a result of her victory.

The Italian, whose stylist mother designs her tennis wear, retains a close bond with her father/coach, who was not in Canada this week for his 29-year-old daughter’s biggest moment on court.

“I’ve been working all my life with my father, we work hours and hours on the court,” Giorgi said. “Of course, the results should come. I believe it and he believe it.

“This was an amazing week, I’m very happy to have this gift. I dedicate it to him.

“When you dedicate all your work, one day comes beautiful things.”