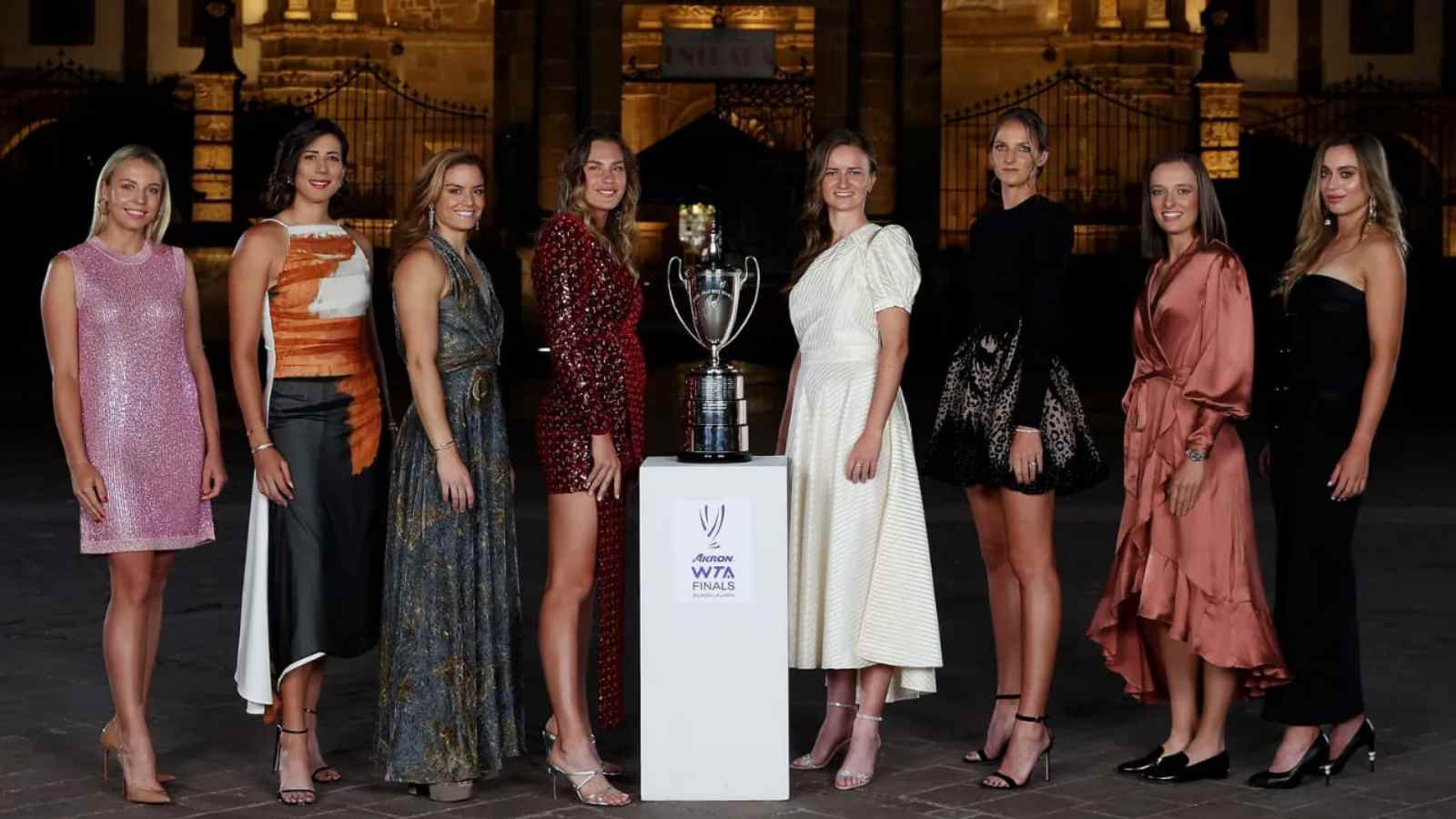 WTA Finals in Guadalajara, Mexico feature the top ranked singles and doubles players on the women’s tour. The singles field is without World No 1 Ashleigh Barty who has decided to remain in Australia to comply with the COVID-19 quarantine rules in the country. The doubles field also has two key pairings missing. Coco Gauff/Caty McNally and Gabriela Dabrowski/Luisa Stefani had qualified for the tournament but injuries to McNally and Stefani prevent the teams from taking court.

When do the WTA Finals start?

Played in a round robin format, the tournament gets underway on 10 November for both singles and doubles categories. The knockout stages get underway on 16 November with the semi-finals. During the group stage, each day will feature two sessions, with each comprising a singles match and a doubles match.

Where are the WTA Finals taking place?

The tournament is being held at the Akron Tennis Stadium in Zapopan, a suburb of Guadalajara, the second largest city in Mexico. The venue was the site of the tennis competition at the 2011 Pan-American Games. Initially the WTA Finals were to take place at the Shenzhen Bay Sports Center in Shenzhen, China but due to COVID-19 induced travel restrictions, the event was moved in September. The 2020 edition was also cancelled because of the pandemic.

The highest ranked eight singles and doubles players in the year qualify for the season-ending championships.

Except Gauff/McNally and Dabrowski/Stefani, all other doubles teams have made the journey to the Mexican city whose altitude (5000 feet above sea level) makes things challenging.

What is the format for the WTA Finals?

Since 2003, the WTA Finals have been conducted in the same round-robin format. The eight singles players and doubles teams have been divided into two groups of four. The top two players or teams from each group will advance to the semi-finals, where the tournament will resume a standard knockout format.

What is the tie-breaker to ascertain final standings?

In case of a tie, players or teams will be ranked according to:

– greatest number of wins
– greatest number of matches played
– Head-to-head results if two players/teams are tied
– If three players/teams are tied, then a) the player with least matches played is eliminated and the outcome of the other two decides their fate; b) higher percentage of sets won; c) higher percentage of games won; d) head-to-head result to break the tie between player number 2 and player number 3

What is the prize money for WTA Finals? Unlike the 2019 edition which offered a bumper $4.7 million to the winner with a collective prize purse of $14 million, the 2021 tournament has a prize pool of $5 million. From this $5 million, $4 million will go between the singles players and $1 million among the doubles teams.

What are the groups for the WTA Finals?

The singles players and doubles teams are divided into two groups each. The group names – Chichén Itzá, Teotihuacán, Tenochtitlán, and El Tajin – are a tribute to the pre-Colombian era of Mexican history, with all four groups being named after ancient cities in Mexico.