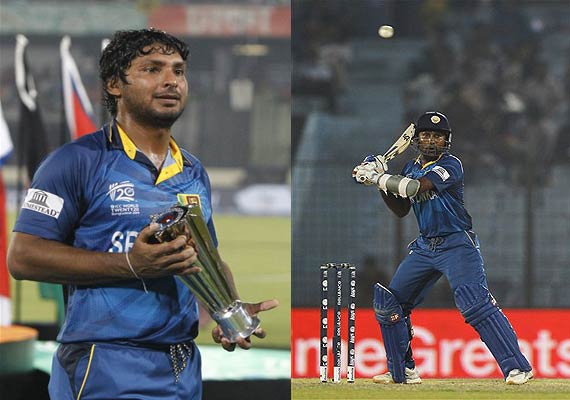 The T20 World Cup remained in the Indian sub-continent in 2014 with Bangladesh playing hosts after Sri Lanka two years earlier. Dhaka, Chittagong and Sylhet were the venues for the competition where Sri Lanka reigned supreme at the end.

Sri Lanka had been knocking on the door in the T20 World Cup in the previous three editions but had been denied. They finished runners-up in 2009 and 2012 while reaching the semi-finals in 2010. In the 2014 edition, Sri Lanka went all the way with a strong bowling lineup of Lasith Malinga and Ajantha Mendis proving decisive.

The 2014 edition featured 16 teams — more than before — with 10 full time members joined by Associates in the form of Afghanistan, Netherlands, UAE, Nepal, Ireland and Hong Kong. Two from the group stage made the Super 10s part of the event.

The first stage saw Bangladesh and Netherlands progress from Group A and Group B ahead of the likes of Afghanistan and Test-playing Zimbabwe. Group B witnessed Netherlands, Zimbabwe and Ireland all finish on four points but it was the Dutch who made it through on the back of a better net run rate.

Eventual champions Sri Lanka topped Group 1 with three wins out of four, losing one to England. In their second outing, Sri Lanka ran through Netherlands to dismiss them for just 39 — lowest score in a T20 World Cup — with Angelo Mathews and Mendis taking

They were joined into the knockouts by South Africa who posted three wins as well but had a much inferior net run rate.

Over in the other group, the tournament got underway with India vs Pakistan, and the Men in Blue topped the table. Captained by MS Dhoni, India ran past all four of their opponents including a jaw-dropping 73 run win over Australia.

Defending champions West Indies lost one, to India, and won their remaining three matches to be the other team making the knockout stage.

The first semi-final pit Sri Lanka against West Indies and the other had India taking on South Africa.

In Dhaka, Sri Lanka won the toss and decided to bat. Kusal Perera and Tilakratne Dilshan provided them a fantastic start to run away to 41 runs by the fourth over. But quick wickets of Perera, Mahela Jayawardene and Kumar Sangakkara applied the brakes. It did help West Indies that Dilshan ran Jayawardene and later himself out. Up until then, Dilshan remained steady in the middle although only scoring at run a ball alongisde Lahiru Thirimanne. They put together 42 runs to take Sri Lanka from 49/3 to 91/3.

In the middle, Thirimanne’s 44 from 35 and Mathews contributing 40 from 23 took them to a fighting 160/6. With the ball, Krishmar Santokie picked two wickets while Samuel Badree, Sunil Narine and Marlon Samuels all proved to be economical.

Chasing, West Indies went in with a wait and watch approach. Strategy to take their time before going hammer and tongs later. Except their plan didn’t work out with Sri Lanka bowlers stifling them. And if that wasn’t enough, the heavens opened up later on and West Indies were short on the D/L method.

The first over produced 17 runs and so did the next six. Dwayne Bravo was urged to up the tempo, which he did, but mistimed one and was gone in the 14th over.

When rain, and then hail, arrived, West Indies needed 81 from 37 balls and D/L equation had them 27 runs adrift. It was good enough to see Sri Lanka through to the final.

In the second semi-final, also in Dhaka, India chased a 173-run target down with five balls to go and six wickets in hand. Virat Kohli once again highlighted his credentials as a top-notch chaser with 72 runs from 44 balls. There were contributions with the bat from the rest as well with Rohit Sharma (24), Ajinkya Rahane (32), Yuvraj Singh (18) and Suresh Raina (21) all getting key runs.

Batting first, South Africa posted a sizeable 172 runs on the board with the help of Faf du Plessis (58), JP Duminy (45) and David Miller (23) with only R Ashwin working out for India (3/22) while the rest of the bowlers had a bad day.

The loss extended South Africa’s dreadful record in knockout matches at ICC events to 14 years. For India, it was another semi-final win under Dhoni, and confined South Africa to their first T20I loss despite scoring 170-plus.

But it was Kohli who emerged the Man of the Match by not just outscoring the rest but pacing his innings perfectly. He put together 56 alongside Yuvraj and brought up his third half-century in four innings. And for icing on the cake, struck the winning runs.

In the final two days later, Kohli once again top scored with 58-ball 77 but didn’t find the support at the other end. On a slow Dhaka pitch, India batters laboured after a poor start and could only muster 130/4. This despite Sri Lanka handing India three golden chances by letting go of Kohli, Rohit and Yuvraj.

Yuvraj Singh, Man of the Series in 50-over World Cup, scored just 11 from 21 balls as he struggled to rotate strike and pass the baton to Kohli at the other end. It brought on debates whether batsmen should be allowed to ‘retire’ when struggling.

In reply, Sri Lanka again got a decent start but it was solidified by Jayawardene’s run-a-ball 24 and Sangakkara got the job done with 52 from 35 balls.

The title win was a fitting goodbye to Jayawardene and Sangakkara who announced their retirement from the format after the edition. Even more fitting considering the two legends had lost four finals previously.