World No.1 Novak Djokovic pulls out of Miami Open to spend time with his family 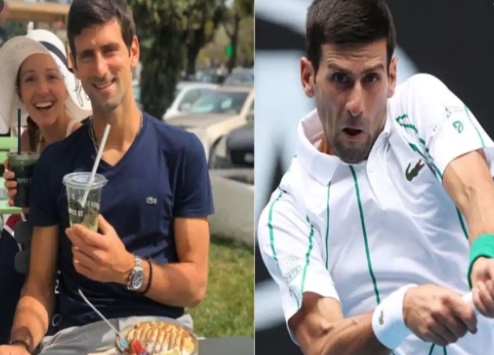 After reigning champion Roger Federer, Dominic Thiem, and Rafael Nadal pulled out of the Miami Open recently, Novak Djokovic too has joined the bandwagon and has announced that he has withdrawn from the ATP 1000 Masters event, starting next week.

The Miami Open is a hard-court tournament that the Serbian World No.1 has won six times, as many as Andre Agassi, from 2007 to 2016. The Serbian will be targeting the Monte Carlo Masters in April to mark his ATP tour come back following a muscle tear that had caused some hindrance in his Australian Open title defense last month.

The 33-year-old will skip the Miami Open, to be held from March 22-April 4, in order to spend more time with his family.

“Dear fans, I’m very sorry to announce that this year I won’t travel to Miami to compete,” Djokovic tweeted.

“I decided to use this precious time at home to stay with my family. With all restrictions, I need to find balance in my time on tour and at home. I look forward to coming back next year.”

Despite the injury, Djokovic went on to win his18th Grand Slam title at Melbourne Park last month and also overhauled Roger Federer’s all-time record for the most no. of weeks as the men’s top-ranked player, on March 8, when stepped into his 311th week.

While Thiem, Federer, and Nadal are to miss out, Russian World no.2 Daniil Medvedev is set to lead the field in the ATP Masters event. Former champion Andy Murray will also feature in Miami Open after he was granted a wildcard entry by the tournament organizers.

Russian players continued their dominance at the St. Petersburg Ladies Trophy
Serena Williams pulls out of Miami Open : “I am disappointed to withdraw from the Miami Open because of recent oral surgery.