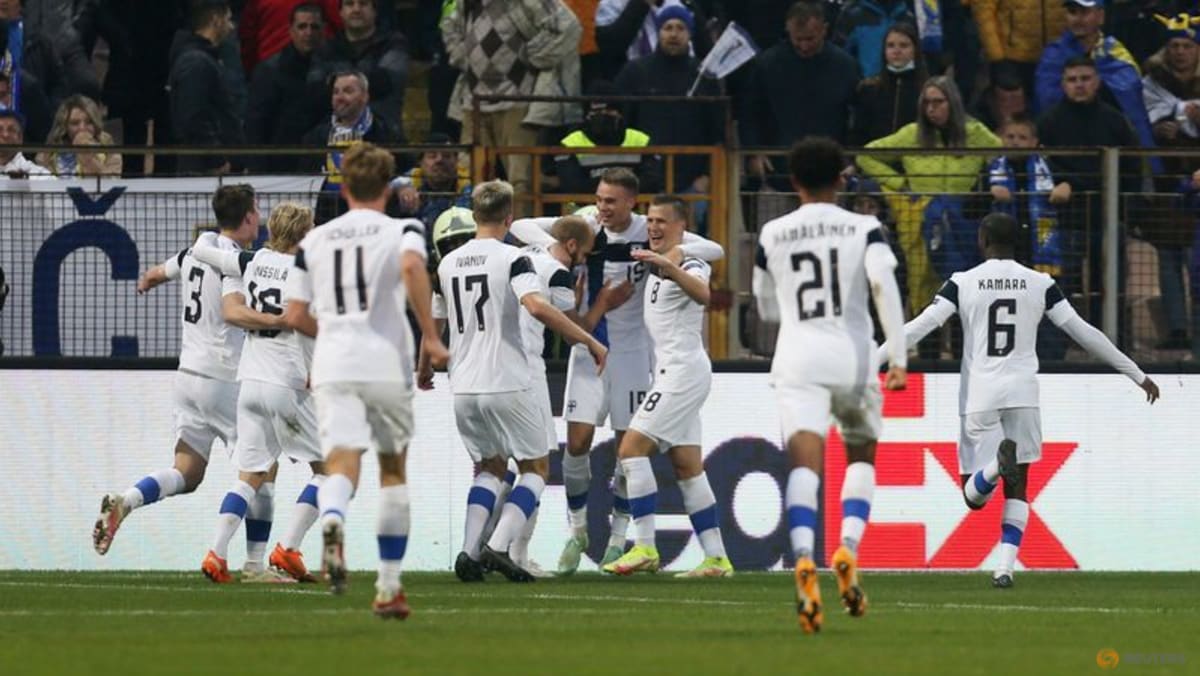 Ten-man Finland rekindled its hopes of reaching the 2022 World Cup finals with a 3-1 win at Bosnia and Herzegovina in its Group D qualifier on Saturday after a gritty performance in a fervent atmosphere gave it a lifeline.

The result left the Finns second in the group on 11 points from seven games, one behind leader and world champion France which hosts Kazakhstan later on Saturday. Third-placed Ukraine has nine points with Bosnia fourth on seven.

Bosnia spurned two chances before its goalkeeper Ibrahim Sehic saved a Teemu Pukki penalty in the 25th minute after Miralem Pjanic handled a long-range effort in the area, but the visitor took the lead four minutes later.

Pukki made amends for his poor spot-kick as he delivered a fine low cross after a one-two with Glen Kamara and Bosnian Anel Ahmedhodzic’s desperate attempt to clear the danger ricocheted off Finland’s Marcus Forss into the back of the net.

The visitor had defender Jukka Raitala sent off in the 37th minute with a straight red card for a poor tackle on Sead Kolasinac, who limped off and was replaced by Emedin Demirovic.

More slack defending allowed Finland to double its lead in the 52nd minute as Pukki was given time and space to drag the ball back to Robin Lod, who rifled a fierce shot from 10 metres inside the near post.

The home side pulled one back midway through the second half when Luka Menalo turned a cross by fellow substitute Amer Gojak into the roof of the net, but its hopes of a comeback were dashed by another defensive error in the 73rd minute.

Defender Daniel O’Shaughnessy tapped the ball in from three metres after a long cross from the right sailed past a static Bosnia defence straight into his path, prompting the home fans to jeer their team’s lacklustre performance.

The Bosnians, who can no longer qualify for next year’s tournament in Qatar, are at home to Ukraine in their last match on Tuesday when Finland hosts France. The group winner qualifies for the finals while the runner-up goes into the playoffs.