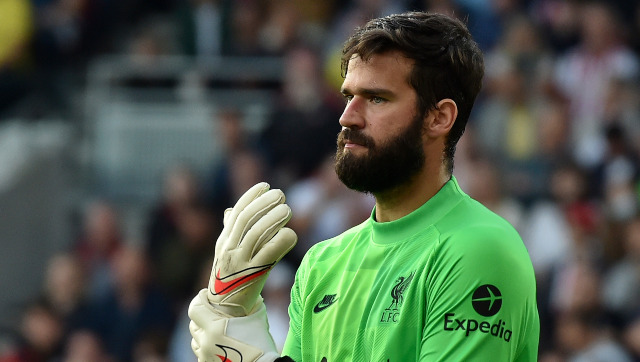 Paris: Germany needed a late winner from Thomas Mueller to beat Romania 2-1 while the Netherlands eked out a 1-0 win in Latvia to stay on course for the World Cup finals on Friday.

Four-time world champions Germany now have a six-point lead in Group J after their win in Hamburg.

However, it was another rollercoaster evening for the European giants.

Serge Gnabry equalised with his 20th goal in 30 internationals after 52 minutes.

Mueller then came off the bench for his 107th Germany appearance to claim his 40th international goal nine minutes from time.

“It was annoying to concede the early goal, but the team fought, never gave up and played with confidence,” said Germany head coach Hansi Flick.

“In the end, the win is more than deserved as we dominated for long stretches.”

The result extends Germany’s lead at the top of Group J ahead of Monday’s next qualifier away to North Macedonia.

A win in Skopje would put the Germans on the brink of punching their World Cup ticket.

Davy Klaassen scored with a fine volley after 19 minutes in Riga to give the Dutch the three points in a 1-0 win over Latvia which kept them in charge of Group G.

They have a two-point advantage over Norway who drew 1-1 with third-placed Turkey.

Kerem Akturkoglu gave the Turks, coached for the first time by Stefan Kuntz, a sixth-minute lead in Istanbul.

However, his maiden international goal was cancelled out by Kristian Thorstvedt four minutes before the interval.

Former German international Kuntz was brought in to replace Senol Gunes who was axed after Turkey were thumped 6-1 by the Netherlands last month.

In Group E, Aaron Ramsey and Daniel James inspired Wales to a 2-2 draw with the Czech Republic in Prague.

Both teams have eight points in the fight for the second spot in Group E, trailing runaway leaders Belgium with 16, but Wales have a game in hand.

Ramsey, skippering the team in the absence of the injured Gareth Bale, opened the scoring on 36 minutes following a Neco Williams cross.

The Czechs were level a minute later when goalkeeper Danny Ward cleared a half-shot, half-pass from Filip Novak and Jakub Pesek was ready with a rebound.

The hosts went ahead with a farcical own goal on 49 minutes as Ramsey back-passed, but Ward was not ready and the ball rolled over his foot and slid in at the lefthand post.

James equalised for Wales on 69 minutes as he blasted the ball past goalkeeper Tomas Vaclik following a superb pass from second-half substitute Harry Wilson.

“I thought the lads were outstanding, we’ve created enough to win four games of football,” said Wales coach Rob Page who backed Ward to recover from his own-goal howler.

“Danny Ward has been superb for me. I’m fortunate to have three outstanding goalkeepers, but Ward will absolutely bounce back,” he said.

Croatia, the runners-up to France in the 2018 World Cup final, still lead Group H after a 3-0 win in Cyprus.

Ivan Perisic, in first-half injury-time, and goals in the last 10 minutes from Josko Gvardiol and Marko Livaja secured the three points.