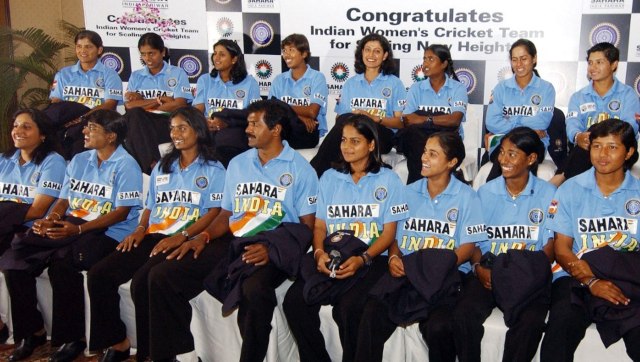 After having come close to lifting the most prestigious trophy in the sport twice in the past, Team India will be hoping to end their wait for a maiden World Cup triumph in the 12th edition of the tournament that gets underway in on 4 March.

Though they stuttered in their most recent assignment, losing a five-match ODI series against hosts New Zealand 4-1 last month, they will be backing themselves to shrug off the disappointment and bounce back in style once their campaign gets underway.

The Women in Blue, have, after all become a lot more consistent in recent years, reaching the final of the 2017 ODI World Cup and the 2020 T20 World Cup, and the semi-finals in the 2018 T20 World Cup. They also punched above their weight in their tours of England and Australia last year and showed they still have what it takes to challenge the very best in the business.

The team will also be motivated to help legends Mithali Raj and Jhulan Goswami, considered among the greatest of all time, realise their dream of holding the World Cup in their hands.

Ahead of India’s blockbuster opening clash against neighbours and arch-rivals Pakistan on Sunday, we take a look at how the team fared in past editions of the mega event:

India made their World Cup debut in 1978 and also hosted the tournament, five years after the inaugural mega event in 1973. India’s debut World Cup is known for having the least number of teams, just four, that included then reigning champions England, Australia and New Zealand besides the hosts.

The format of 1978 World Cup was same as it’s previous edition, with each team playing other sides once in a round robin format. Australia won all of their matches to claim the maiden title, while India failed to open their account.

India were captained by Diana Edulji and Shobha Pandit top scored for the hosts with 42 runs across three matches. Lopamudra Bhattacharj, Anjali Sharma and Edulji took two wickets each, highest for India in the tournament.

This was hosted by New Zealand and five teams took part in this edition of the mega event. The four from the 1978 World Cup and an international XI. The notable thing about this World Cup was the change in format.

The tournament began with a round-robin stage followed by the top two ranked sides playing in the final. There was an increase in number of matches also as each team played thrice against other teams.

India wicketkeeper Fowzieh Khalili effected 20 dismissals in the 1982 World Cup, which is the most number of dismissals by a wicket-keeper in a single edition of the tournament.

The Indian team was back in the competition after missing out in 1988, and Diana Edulji was at the helm in a World Cup campaign for the first time in 17 years, having played under Shanta Rangaswamy in 1982.

India were off to a winning start, beating debutants West Indies by 63 runs in their opening game with wicketkeeper-batter Anju Jain (84) and skipper Edulji (3/15) starring in the win. The team however, couldn’t quite achieve the kind of consistent run that they would’ve hoped for, getting outplayed by Australia and New Zealand while suffering a narrow three-run loss to hosts England.

India finished with four wins in seven games, beating Netherlands and Ireland after their victory over West Indies before thrashing Denmark by nine wickets in their final game of the tournament to finish fourth in the table.

The second time India played host with Hero Honda sponsoring the tournament, the tournament moved away from the round robin format with 11 teams split into two groups. It was also the first time the tournament was played in the 50-over format, rather than 60 overs.

India, led by Pramila Bhatt, were placed in Group B alongside New Zealand, West Indies, Sri Lanka and Netherlands. The hosts went through the group stage unbeaten, winning against West Indies and Netherlands and their match against New Zealand ending in a tie. This was after their opening game against Sri Lanka was rained off without a ball bowled due to thunderstorms.

India then beat South Africa in the quarter-final in Patna after bundling the Proteas out for 80, before losing to eventual winners Australia in Delhi by 19 runs.

India had a good run in the 2000 World Cup in New Zealand. But the knockouts pressure got to them again. In the previous edition in 1997, India had hosted the World Cup and reached the semis but lost to Australia in the semis. In the 2000 edition, the Anju Jain-led side finished third in the group stage. They started off with three wins in a row, beating South Africa, Netherlands and England. But then stuttered, losing to Australia and New Zealand. They however bounced back with thumping wins over Ireland and Sri lanka to qualify for the semis.

In the semis, they met New Zealand but the batting couldn’t fire as they were bowled out for 117. The White Ferns chased down the target in 26.5 overs and would then go on to beat Australia in the final to lift the trophy.

Anjum Chopra was India’s highest run-getter in the campaign with 267 runs from 8 innings at 38.14. It was also Mithali Raj’s World Cup and she shone on the big stage, scoring 152 runs from three matches at 76. Off-spinner Rupanjali Shastri was India’s top wicket-taker with 10 wickets from 8 matches at 22.20 and economy rate of 3.67.

Five years after shining on the big stage on her debut World Cup appearance, Mithali Raj led India to the World Cup final in South Africa. India went one step ahead from 2000 edition where they lost in the semis but couldn’t cross the finish line as Australia beat them comfortably in the final. India finished second in the group with four wins from seven matches. The only match they lost was against New Zealand. Their matches against Australia and Sri Lanka ended in No Results due to rain. The Indian team at a felicitation event in Mumbai following their runner-up finish in the 2005 World Cup. AFP

Australia topped the table and met India in the final. Karen Rolton (107) and Lisa Sthalekar (55) helped Australia post 215/4 after they had lost Belinda Clark and Lisa Keightley for just 31 on the board. In reply, India didn’t start off well, kept losing wickets regularly and were bundled out for 117.

Mithali led from the front in the batting department and was the highest run-getter for India in the tournament with 199 runs from 7 innings at 49.75. In the bowling department, left-arm spinner Neetu David led the way with 20 wickets from 8 innings, the most by an Indian, averaging 8.35 and possessing an economy rate of 2.54.

Four years after reaching the final, India women’s team could go only as far as the Super 6s at the 2009 World Cup in Australia. With five wins from seven matches, India stayed consistent but couldn’t get results at decisive stage. Mithali Raj, Amita Sharma and Priyanka Roy made up the Team of the Tournament.

Placed in Group B, India finished second, behind England, with two wins out of three (losing to England). In the Super Sixes, India beat Australia and West Indies but lost to New Zealand. England and New Zealand topped the standings and moved into the final.

In the playoff match to make up the rankings, India lost to Australia by 3 wickets.

India endured a disastrous World Cup at home by exiting in the group stage. Hosting the mega event after 16 years, India finished bottom of Group A with just one win out of three.

India started off brightly with a convincing 110-run win over West Indies but lost to England before being thrashed by Sri Lanka by 138 runs.

In the inconsequential seventh-eighth place playoff match, India met Pakistan and came out on top with Mithali scoring a ton in Cuttack.

Captained by Mithali Raj, the 2017 edition of the World Cup might have spelt a heart-wrenching loss for India in the final, but it led to women’s cricket gaining centre-stage in India like never before. India reached the final of the Women’s World Cup fro a second time in 2017, losing to England in the summit clash. Reuters

On course for historic victory, India lost to England’s experience and prowess due to a batting order collapse post 42.5 overs. India was cruising comfortably at 191 for 3, needing just 38 runs off 43 balls to reach the target of 229. However, the Indian lower middle order proceeded to lose seven wickets for 28 runs in 6.5 overs and the team was all-out for 219. The sudden collapse may be traced to the wicket of Punam Raut who scored 86 that day at Lord’s, England.

Mithali went on to clinch the title of highest run-getter in Women’s ODIs after the 2017 World Cup. Harmanpreet Kaur was the second-highest individual run-getter (171 not out against Australia during the semi-final in Derby) that year, while Deepti Sharma took 12 wickets and grabbed executed eight maidens nine matches.​