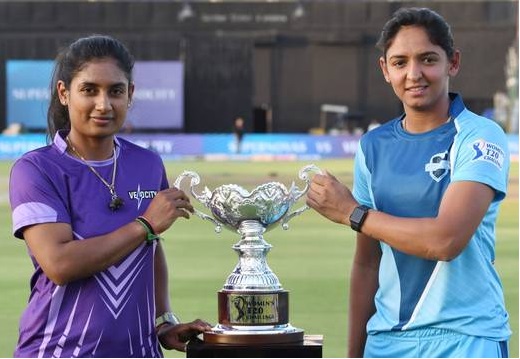 The three-team Women’s T20 challenge, which is held during the IPL, is unlikely to go ahead this year.

Even though the BCCI has been categorical in saying that the Indian Premier League (IPL) 2021 will go ahead amid the Covid-19 pandemic second surge in India, the Women’s T20 Challenge could be canceled.

Sources in the BCCI have indicated that the Women’s league may not happen this year due to logistical issues after Australia, New Zealand and England shut international travel to and from India. The BCCI Apex Council’s meeting had okayed three teams for the league, to be held between May 24 and 30, but due to the lack of clarity on the participation of international players, it may not happen now.

During the previous edition of the Women’s T20 Challenge, held in the UAE, top women cricketers from Australia, New Zealand, and South Africa had missed as Women’s Big Bash League clashed with the BCCI-backed exhibition matches. Cricketers from Sri Lanka, West Indies, England, and Nepal took part in the tournament but this year it looks unlikely to even those players can make it to India.

“We have no information regarding the Women’s T20 Challenge yet. So, we don’t know if it is going to take place”, said an Indian cricketer. The fact that the teams – Supernovas, Trailblazers and Velocity – are not franchise-based would also make it easier to either postpone or defer the tournament amid the pandemic.

The India women will travel to England for a Test match followed by a T20 and an ODI series, starting June 16. The Indian cricketers have been informed about the possibility of an England tour which means that the squad will have to quarantine for two weeks ahead of the Test match.