Women’s Cricket World Cup 2022: What semi-final qualification scenarios look like for India, England and other teams 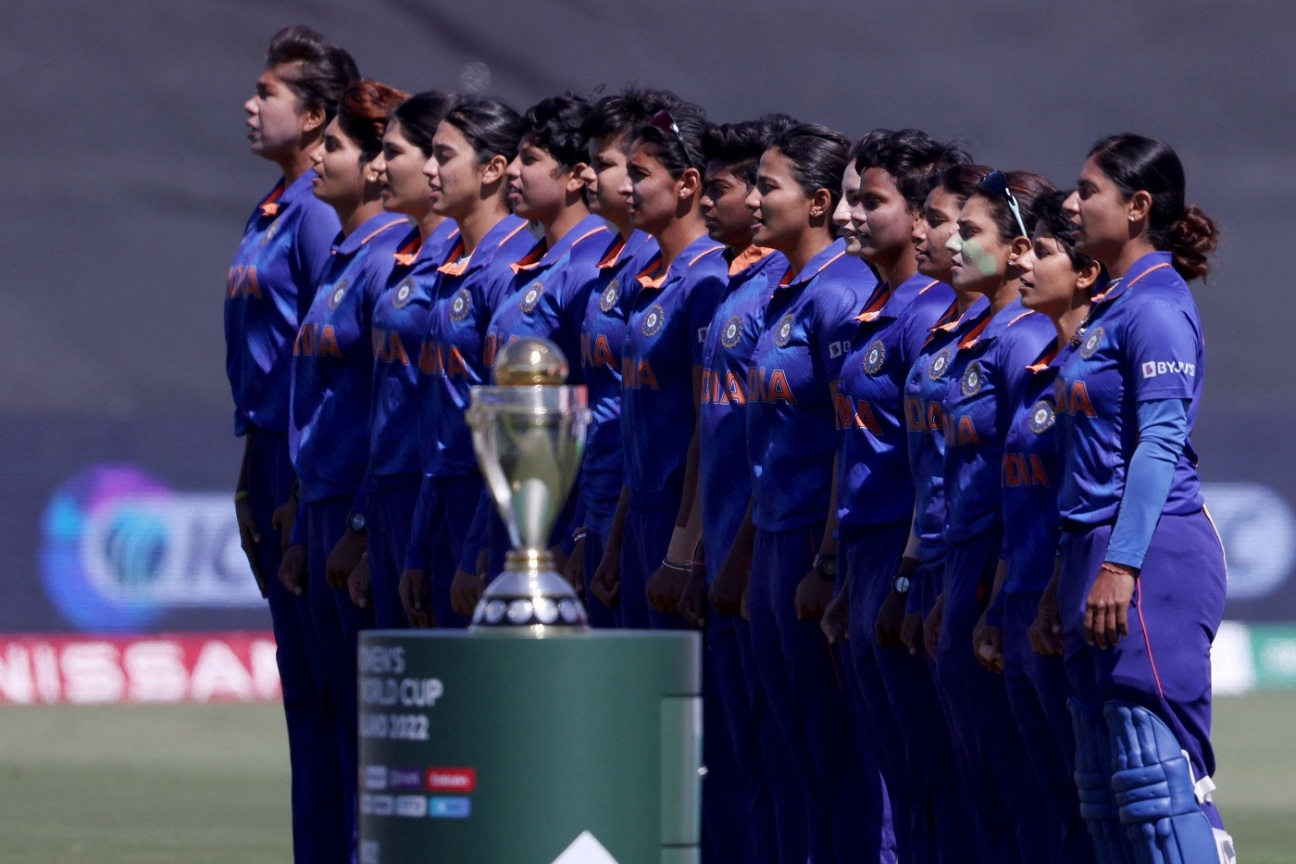 The 2022 ICC Women’s World Cup might just go down as one of the most exciting cricketing events of all time, if not the greatest, with the amount of drama it has produced over the last two weeks.

Nearly every contest in the 12th edition of cricket’s longest-running multi-nation tournament has gone down the wire, with the Sunday meeting between hosts New Zealand and defending champions England the latest in a series of nail-biters.

England managed to keep their semi-final hopes alive with a thrilling one-wicket win with the White Ferns nearly pulling off an epic heist during their defence of a modest 204-run target. In the end, the four-time world champions held on to their nerves and walked away winners. Two weeks that have passed since the tournament got underway with the New Zealand-West Indies opening encounter, the ICC event has witnessed quite a few records being broken along the way, including Jhulan Goswami becoming the leading wicket-taker in Women’s World Cups and Australia pulling off the highest-ever chase in the tournament.

With just a week left in the group stage of the tournament, we take a look at the semi-final qualification scenarios for the eight teams involved:

Australia so far are the only side to get a ‘Q’ against their name, the status of which got confirmed after their six-wicket victory over India on Saturday.

Australia have bossed the sport since their semi-final exit in the 2017 edition, winning 26 one-day internationals in a row between 2017 and 2021 until the streak was broken by India last September.

With five wins in as many matches in the ongoing tournament, most of the victories being one-sided, few expect anyone other than Meg Lanning and her teammates to lift the trophy for a record-extended seventh time on 3 April.

Besides Australia, South Africa are the only other team that is still unbeaten in the tournament so far, winning all four games that they have been part of. While not as clinical as the Aussies in their victories, the Proteas have shown courage and determination to hang on till the very end and scrape their way home.

While they don’t have a ‘Q’ against their name yet, there’s little to stop them from making it to the semi-finals, especially when you take into account their positive Net Run Rate (NRR) (+0.226).

All they need is one victory in their remaining games against Australia, West Indies and India to confirm themselves in the semis.

West Indies are another team that appear a front-runner for a place in the semi-finals. The Maroon Warriors got their campaign off to a dream start with back-to-back victories over New Zealand and England respectively, before they hit a roadblock of sorts with a massive 155-run loss to India, followed by a seven-wicket loss to Australia.

The narrow four-run win over Bangladesh, however, brought their campaign back on track. They face a struggling Pakistan side in their next assignment on Monday, and will back themselves to get to the eight-point mark — which should secure their passage into the knockout round.

What the West Indians will be eyeing is a sizeable victory or two against Pakistan or South Africa (on Thursday), given their NRR of -0.930 — the second worst among all teams — could work against them.

India’s semi-final hopes took a hit after losing both games in the bygone week against England and Australia respectively.

What will boost their hopes though is the fact that they still have the second-best NRR in the table (+0.456), second only to leaders Australia, thanks to their handsome victories over Pakistan and West Indies.

While their meeting with South Africa on Sunday — the final game of the league stage — is expected to be a battle of equals, the Women in Blue will back themselves to come out on top against Bangladesh on Tuesday.

England, meanwhile, have made a miraculous recovery of sorts; they looked down and out and on the verge of elimination after losing each of their first three matches, and a defeat at the hands of India would’ve been a knockout blow.

The English bowlers, however, performed brilliantly to bundle India out for 134, as well as the White Ferns for 203, and though the batting unit collapsed on both occasions, they managed to scrape through in the end.

For India as well for England, the equation is simple — win both their remaining games.

The White Ferns’ hopes of reaching the semis look slim at the moment given the four games they’ve lost out of six as well as the fact that they’re the only team out of the three mentioned in this category to have an NRR in the negative (-0.229). The defeat against England on Sunday is already being seen by some as a knockout punch.

If the tournament hosts are to make it to the knockouts, they’ll have to beat Pakistan convincingly in their final league meeting on Saturday, while hoping for India and England to lose both their remaining games.

Bangladesh created history when they beat Pakistan by 9 runs, registering their first ever victory in the history of the World Cup in the process. They nearly replicated the achievement against the West Indies, reducing the West Indies to 102/8 while defending a paltry 136 before Shemaine Campbelle rescued the side to a one-wicket win.

Though they’re mathematically still in the tournament, Bangladesh’s hopes of making it to the semis are similar to that of New Zealand. After all, they face heavyweights India, Australia and England in their remaining fixtures and must win at least two out of those three to even have a mathematical chance of making it through.

Having lost all four matches in the tournament so far and with the worst NRR out of all the participating teams (-0.996), Pakistan are all but eliminated from the semi-final race. One more defeat in their remaining fixtures against West Indies, England and New Zealand, and the elimination will become official.

Pakistan will have to pray for a miracle of epic proportions to make it to the semis from here — winning all three games by humongous margins and pray teams such as India suffer heavy defeats in their remaining games. Then again, if wishes were horses…