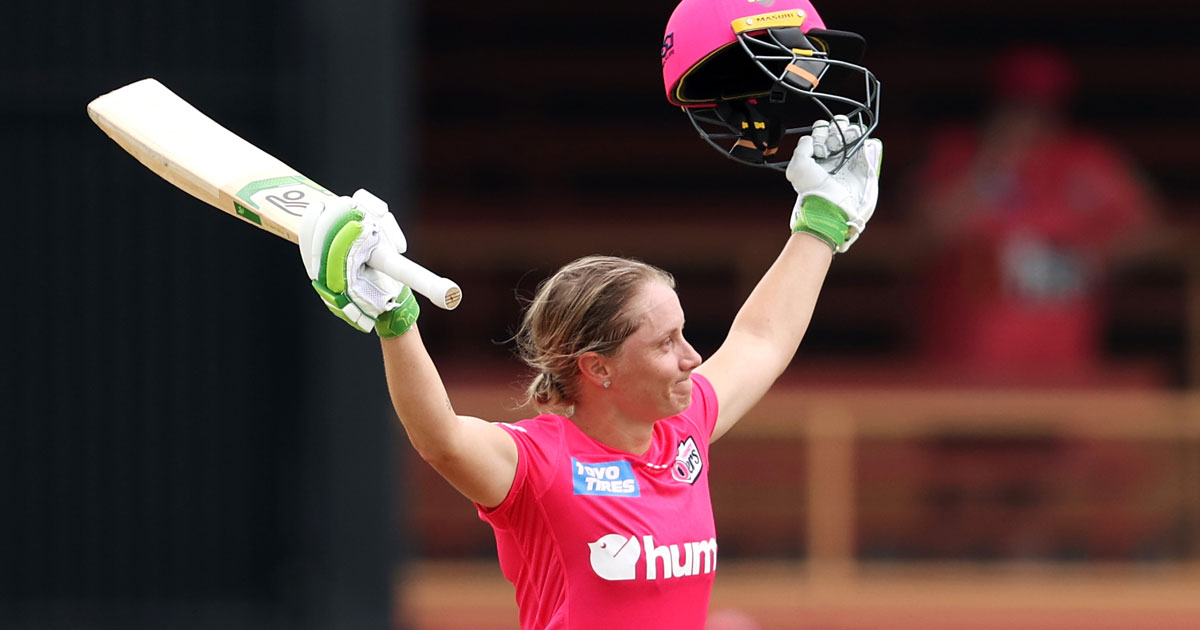 Sydney: Alyssa Healy smashed a rollicking half-century as the Sydney Sixers opened the women’s Twenty20 Big Bash League with a six-wicket win with four balls to spare over the Melbourne Stars Thursday.

Chasing down the Stars’ 99 for one in a match shortened to 11 overs a side due to rain, the Sixers lost Indian opener Shafali Verma for eight before Healy took charge at Blundstone Arena in Hobart.

The Australian wicketkeeper smashed 11 boundaries in her 57 off 27 balls before falling late in the game.

Despite skipper Ellyse Perry also departing soon after for seven, Nicole Bolton (seven not out) and Angela Reakes (three not out) steered them home.

The win opened the seventh season of a tournament rapidly growing in popularity, with all 59 matches being broadcast this year for the first time.

But it has been a rocky ride again with the first 20 games all being played in Tasmania state due to ongoing Covid-related travel restrictions in Australia.

Last season the entire tournament was played in a Sydney hub.

While some top international names are missing, a big drawcard this year is the Indian contingent with eight players who recently toured Australia with the national team staying on.

Last year’s champions Sydney Thunder, who are not only missing England’s Heather Knight and Tammy Beaumont this season but also skipper Rachael Haynes who is on parental leave, get their campaign underway on Saturday against the Adelaide Strikers.

IPL 2021: KKR scrape through to first final since 2014 on a day of poor cricket
IPL: Two New Teams May be Given ‘Special Picks’ For Buying Top Players Outside of Mega Auction