Women in sports broadcasting: Creating a space of their own 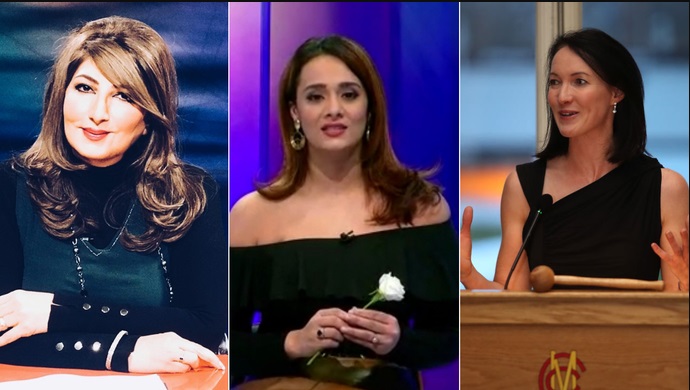 The Pakistan team had landed with the 1992 World Cup trophy and she had been assigned the task of getting an interview with skipper Imran Khan. “Impossible,” she was warned by her male colleagues. But Aalia Rasheed, despite running a mild fever, was to do something spectacular that day. She simply climbed on to the truck carrying some of the players. Even as Javed Miandad shouted, “Aalia, pagal ho gayi hai kya (have you gone crazy)?” she forgot her “dupatta, handbag, roza and fever” and pulled off an interview with Imran that went on air and was splashed next day in The News. 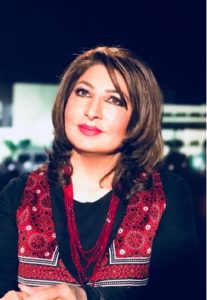 Aalia is the most popular face on television in Pakistan. Having set a trend of women competing with their male counterparts, she has earned respect for her work in the field of sports. Her ability to create space for women anchors is Aalia’s stellar contribution to the development of broadcasting in her country.

In India, the same status belongs to Mayanti Langar, the affable presenter with Star Sports. She has been a regular during the cricket season until her recent motherhood break. Her fans miss her since she brought a fresh perspective to the job with her presentation and the ability to get the best out of the panellists, some of them iconic names like Sunil Gavaskar, Shane Warne and Brian Lara.

Over some time now, Alison Mitchell has come to establish herself as a commentator of immense value to the BBC. Her work with the Australian Broadcasting Corporation during India’s tour was hailed as brilliant by the connoisseurs of the game. But it has not been an easy job for this trio to establish themselves in a male-dominated field.

“It’s like surmounting the K2 mountain with bare feet. The challenges include social barriers, taboos, gender insensitivity, a pervasive sense of disbelief that a woman can be an expert on a sport like cricket without being immodest. All these nasty attributes combined in one to challenge a young, overprotected female venturing into cricket reporting and anchoring on the mass media,” says Aalia.

“I have been fortunate to have support from the seniors in the profession. I was never made to feel uneasy, and credit to the producers at Star Sports and also the heroes in the studio, some having played with my father-in-law (Roger Binny) and husband (Stuart). In any case, I have never pretended to be an expert. My job is to make them speak and that is what I have concentrated on,” insists Mayanti.

In Alison’s view, “Sport is played by all and watched by all, so it makes sense to have sport shows anchored by women as much as men. It creates an inclusive environment, and projects sport as inclusive. The number of women sports anchors has grown a great deal in recent years – both for men’s sport, but also as women’s sports have gained greater professionalism and profile.”

Aalia was the first female television anchor on Pakistan television. She was a prolific writer on cricket in sports magazines since her schooldays. One day a producer from Pakistan television asked her to interview squash legend Jahangir Khan. “I was pleasantly surprised. Later I discovered Jahangir Khan had declined to be interviewed by the PTV regular host and the creative producer offered me a chance. He had been following my writings in various sports magazines. I put in a lot of effort in terms of research, reading and writing. It would take me days, if not weeks, to work and gather information before interviewing stalwarts like Alan Border, Viv Richards, Sunil Gavaskar, Imran Khan, Clive Lloyd, Ian Botham, Richie Richardson, M. S. Dhoni, Yuvraj Singh, to name a few,” Aalia recalled.

Mayanti was a commanding football commentator to begin with since she had played the game, and the Indian Cricket League (ICL) made her a household name in 2007. “It was a crazy experience. I was nervous to begin with but settled into my job of doing interviews, and later I was welcomed warmly into the studio. Honestly, I had to work hard work with my preparation, but I got help along the way from everyone. I knew what my job was. I never looked to assume the role of an expert. I was not and it became easy to study the game and prepare my questions for the studio work,” said Mayanti.

Aalia admitted it was challenging at times. “As a woman, I had to counter an inherent presumption that men know more about sports. The pressure of being a female was immense initially. While the public at large appreciated it, specialists, including players in the field, didn’t, if I may say so. Sexist remarks, flirtation from those you get in contact for information including some players, administrators and sadly from amongst your own colleagues is a constant pressure being a female working in a field dominated by men. I was no exception to this rude behaviour, but I remained steadfast. The initial days were very challenging, but with the growth of television, more and more space has been created for women to enter the field once reserved for men only.”

Alison has a different view. “I never met resistance. Occasionally, and outside of cricket, I have had to remind male producers that I can commentate on the men’s side of the sport the same way as the women’s, as there is sometimes a subconscious habit of placing women’s voices on a women’s event, even though the same sport will feature male commentators calling both the men’s and women’s event. As regards the cricketing landscape, women are now actively sought for cricket commentary. There has been a huge shift in the last five years or so where broadcasters proactively want a female in the commentary team for men’s cricket. This was never the case when I started my broadcasting career in 2002, where television commentary in particular, of men’s international cricket, was the preserve of former male players, let alone a non-player (journalist) who was female.”

Mayanti is happy there is respect for women sports anchors now. “I can’t say there is discrimination now. I am sure the number of women presenters is going to increase and not necessarily because of a glamour quotient. The girls are there on merit. They understand the game and make no false claims in the company of stalwarts. There is respect for us in the studio, and followers of the game have come to accept us as an integral part of the broadcasting process. We can make the experts talk and that is what the fans and the bosses want.” 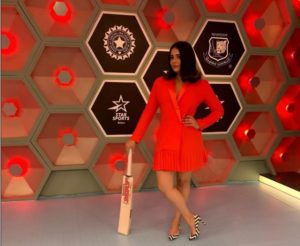 Aalia notes: “Initially, the race to win ratings led television companies to hire good-looking females. Gradually, the TV industry realised that while anchors must be presentable, more importantly ratings would come with the expertise of the person. Obviously, competition is cut-throat, so ties with players and news makers give an advantage to anchors. It often leads to gossiping about the women journalists unfortunately among her own male fraternity.”

Aalia emphasises: “Thankfully, due to exponential growth in the broadcast media industry, more and more opportunities are now available to women to do sports anchoring. It is refreshing to see that talented and hard-working young women are now anchoring sports shows and in the process changing widespread taboos and the status quo about the place of women in our society. These youngsters are reporting from the field, running after players, mingling with crowds and analysing the game. Obviously, the electronic media has proved a boon for women anchors, although there is an issue: compared with men they are still underpaid.”

Diversity, claims Alison, is now “recognised as an important element of a broadcasting team – both ethnicity and gender. The broadcast media has made much greater strides in this area than the written media and sports photography. I believe this to be the case because those in the broadcast media are by nature more visible (or heard), therefore there has been more pressure on broadcast networks to be representative of the audiences they serve. Broadcasters generally work on freelancer, short-term contracts, too, so there is, a, more ad hoc opportunities for new names to show what they can do, and, b, greater ability to flex with the talent used. Written media still tends to involve staff correspondents on newspapers and digital outlets, so there is less turnover of personnel and less opportunity for new names.”

Is there a lack of acceptance in commentary box? Aalia is candid when she emphasises, “Yes, it is for most of the women, especially in Pakistan. You have to endure significant challenges along the way. Commentary is really a different skill, an area where women’s voices are still rare. The present management of the PCB (Pakistan Cricket Board) introduced and encouraged local female sports anchors to do commentary in domestic cricket and especially in the Pakistan Super League.”

How tough would it be? “Frankly,” says Aalia, “our young women face discrimination and a lack of cooperation from men colleagues when it comes to being a commentator. Some of them try to mock their style of describing the game and understanding of the situation. Instead of being helpful, they keep ‘scrutinising’ the performances. They always judge the technical knowledge of women commentators. I think it’s a worldwide phenomenon! Even Alison Mitchell and Mel Jones would tell you the same! Hopefully, our young girls will evolve with the experience and our male commentators will accept the fact of their presence also.” 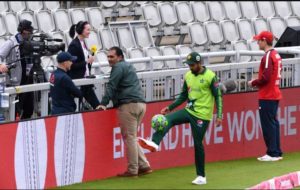 For years, Alison was the only female member of the media on England men’s cricket tours. “I looked all the time trying to establish my voice and normalize the sound of a knowledgeable and professional female voice on cricket commentary. Meanwhile, the professionalism of the women’s game itself and the subsequent explosion of TV and digital coverage now means that players from the women’s game have a profile when they finish their careers. That, coupled with the normalization of the woman’s voice on sport, makes a move into media and commentary highly likely for an ex-player, as opposed to in the past.”

Mayanti leads the women’s brigade with authority. “I have not faced discrimination. The experts and the stalwarts have been extremely accommodating and it helps when you understand your role. I don’t attempt to venture into their zone of analysing the game and make statements. That is not my job. I am not a commentator. I watch the match and extract insightful information from the experts. It is not always easy, but it is not something that makes you uncomfortable. I have been lucky to have grown in the company of helpful stalwarts and a wonderful team of producers.”

Aalia, Mayanti and Alison are the established faces of extremely competent work in the studio. It would be a day to remember when they come together and embellish the studio with their presence, grilling the experts of the game. The viewers would celebrate such an occasion. So would the young broadcasters aspiring to make a mark in the field.