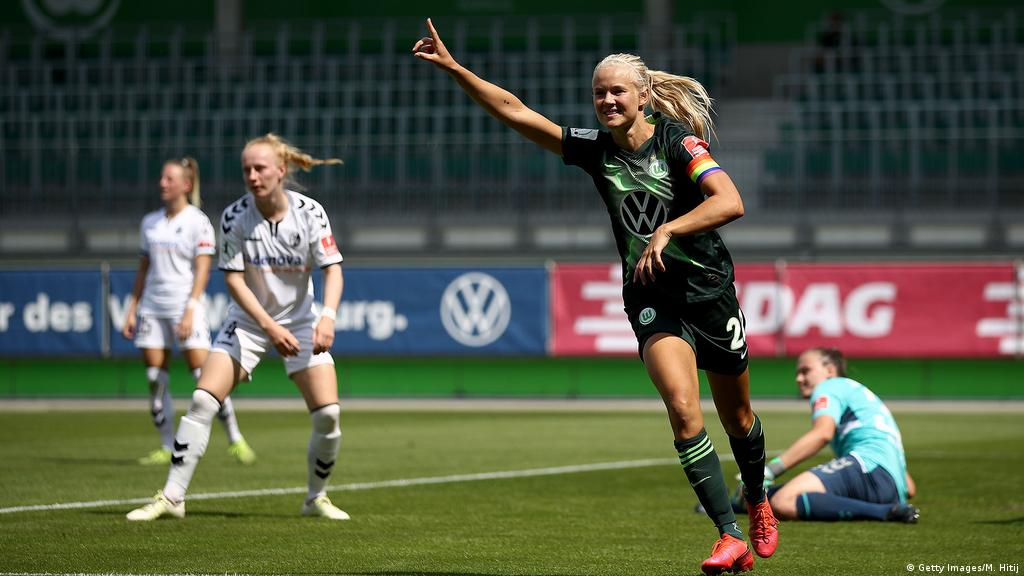 Huth’s 86th-minute strike made it double figures for table-topper Wolfsburg as it rampaged past relegated Jena to move four points clear of champion Bayern Munich with a game to go.

Huth was one of nine Wolfsburg players on the scoresheet in the biggest win in the women’s Bundesliga since 2018. Jena’s Tina Kremlitschka also scored her own goal.

Wolfsburg is the joint-most successful team in the history of the women’s Bundesliga alongside 1. FFC Frankfurt.

It is two titles away from matching SSG Bergisch Gladbach’s record of nine championship wins, set before the creation of the national league in 1990.

Wolfsburg fell in the Champions League semi-final to Barcelona last month, but can still secure a domestic double with victory against Turbine Potsdam in the cup final on May 28.