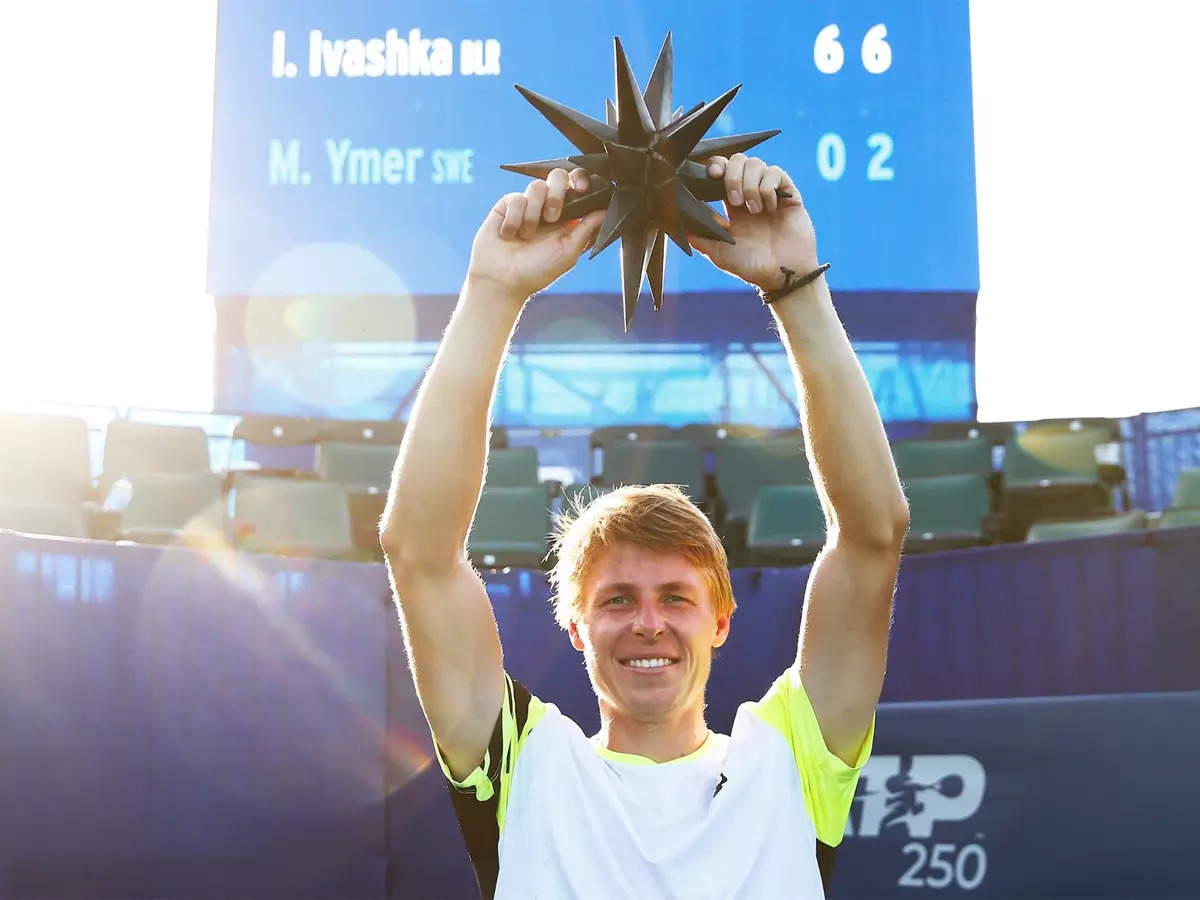 Los Angeles: Ilya Ivashka became the first Belarusian since 2003 to win an ATP title, steamrolling Sweden’s Mikael Ymer 6-0, 6-2 on Saturday in the final of the Winston-Salem Open.

The 27-year-old Ivashka dropped just two points on his serve in the lopsided match, needing just 55 minutes to win the shortest final of the season and claim his first ATP title.

“It was a dream week. An amazing tournament,” said world No. 63 Ivashka. “I was waiting for this for so long.”

The last Belarusian to win an ATP title was Max Mirnyi in 2003 in Rotterdam.

Ivashka blasted four aces and was a perfect 18 of 18 on first-serve points in the final men’s tune-up for the US Open that starts on Monday in New York.

He clinched it on his second championship point when the Swede sailed a forehand into the net at the Wake Forest University tennis facility in Winston-Salem, North Carolina.

The previous shortest final of the season was Stefanos Tsitsipas’ 6-3, 6-3 win over Cameron Norrie in Lyon in May which lasted 69 minutes.

“This week I had everything,” Ivashka said. “In the second round, I was booking my flights to New York. I was two points away from losing and now I am standing here. It is incredible how things can change in one match.”

He lost just one set in Winston-Salem to become the eighth first-time winner on the ATP Tour this season.

Ymer, the first Swedish finalist in more than a decade, looked out of sorts on Saturday.

The wheels came off his game less than 24 hours after delivering a thrilling comeback victory over highly-rated 18-year-old Carlos Alcaraz in the semis.

The 22-year-old Ymer didn’t win his first game until the third game of the second set. He then dropped three straight to go down 5-2 and seal his fate.

Ymer, who was also competing in his first ATP final, made 37 unforced errors and had three double faults.

“I am disappointed,” said Ymer, who joked with the University-town crowd on Friday night about celebrating his semi-final win by experiencing Wake Forest’s robust party scene.

“You support me like I am an American almost. I know you paid good bucks. I am sorry I couldn’t perform better.”

Earlier this year, Ymer reached the third round at the Australian Open and the French Open where he defeated Gael Monfils for the biggest win of his career.

Robin Soderling was the last Swede to reach a final, winning the Bastad, Sweden tournament in 2011.

Ivashka dominated the first set winning in just 21 minutes. His serving was brilliant and he backed that up with an aggressive back court game.

Ivashka closed out the first set by winning every point of the sixth game, including an ace to finish it off.

The only two points he lost on serve all match were off his second serve.