Wimbledon to become 14-day tournament from 2022 with a play on Middle Sunday. 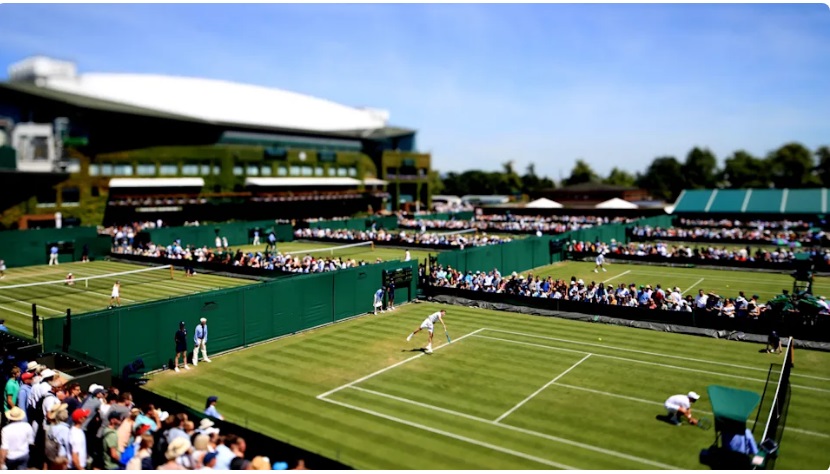 The Wimbledon Championships will become a 14-day tournament from 2022, with matches set to be played on Middle Sunday, traditionally a day off at the grasscourt Grand Slam, the All England Lawn Tennis Club (AELTC) said on Tuesday.

The first Sunday of Wimbledon is normally a rest day, on which tournament organisers work to get the courts back into top shape for the latter rounds, resulting in a packed “Manic Monday” schedule.

“From 2022, to coincide with the centenary of centre court, Middle Sunday will become a permanent part of the tournament schedule, turning the Championships into a 14-day event,” AELTC chairman Ian Hewitt said.

“Thanks to improved grass-court technology and maintenance over the past five years… we are comfortable that we are able to look after the courts, most particularly centre court, without a full day of rest,” Hewitt added.

Middle Sunday is also known as People’s Sunday because, on some occasions in the past, tickets have been made available on general sale on that day when rain delays have resulted in matches being postponed.

In another massive change, Wimbledon village bars and restaurants, which host the world’s best players once a year, will be out-of-pocket as organisers have, in a break with long-held tradition, banned players from renting private houses near the grounds.

“The minimised risk environment we created for the players is a requirement from the government to bring athletes without them going into quarantine upon entry into the UK,” AELTC chief executive Sally Bolton said.

“Players enjoy private housing and we hope to bring it back next year but it’s just not possible this year.”

The rule applies even to British players such as Andy Murray, who lives near the grounds, and instead will have to stay on-site this year.

The government has allowed 25 per cent capacity at sports arenas and AELTC hopes that will be increased closer to the Championships before ticket sales and distribution are finalised.

Ticket prices will be the same as last year when the tournament was cancelled due to the COVID-19 pandemic and organisers said they would wait until June before deciding on the prize pot.

Wimbledon was the only Grand Slam cancelled last year and Hewitt said the tournament had collected an insurance payout of 180 million pounds, of which 36 million pounds went to the Lawn Tennis Association.