Wimbledon: Stefanos Tsitsipas Falls To Frances Tiafoe In First Round 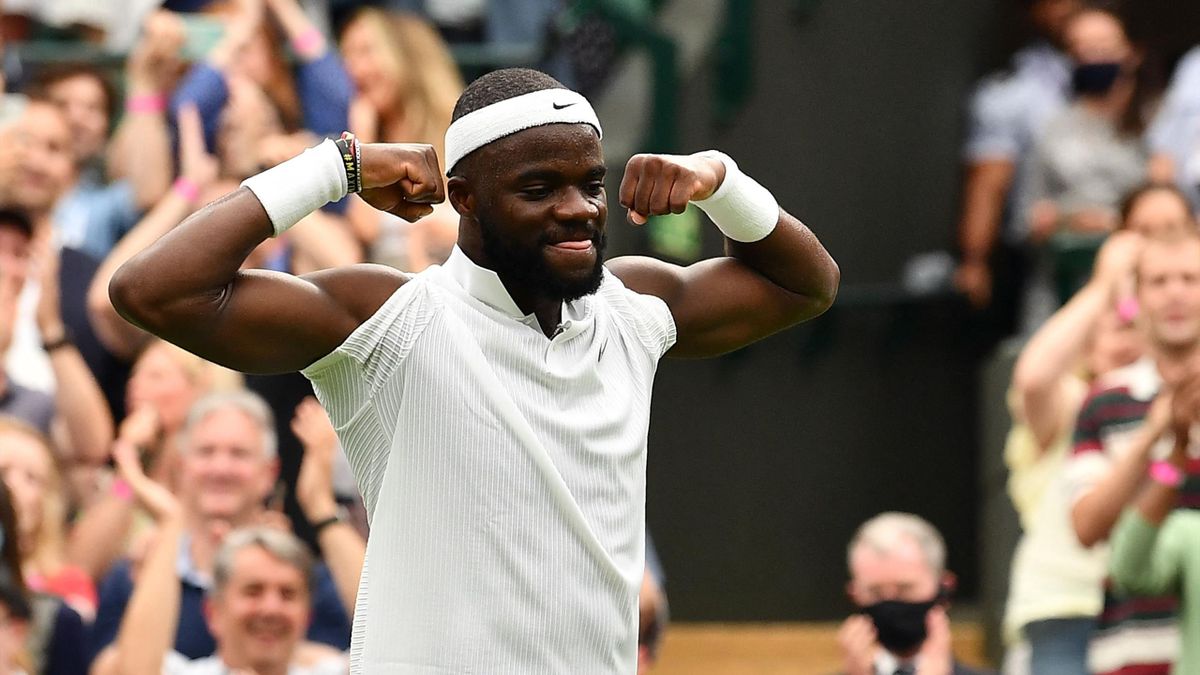 Third seed Stefanos Tsitsipas became the first big name to exit Wimbledon on the first day of play Monday, losing 6-4, 6-4, 6-3 to Frances Tiafoe of the United States. It was quite a contrast in fortunes for the Greek who only a fortnight ago lost in five sets to Novak Djokovic in the French Open final. Tsitsipas has now lost in the first round at Wimbledon on three occasions. Tiafoe, the world number 57, goes on to face either Canada’s Vasek Pospisil or Roberto Carballes Baena for a place in the last 32.

It was the first time in 12 attempts that 23-year-old Tiafoe had beaten a player ranked in the top five in the world.

“It sounds pretty damn good,” grinned Tiafoe when that was put to him on court after the match.

“This is definitely one of my best wins. I want to play the best players in world on this type of stage. This is what it’s all about. I am not sure how I would have performed if I had been on an outside court (he was on Court No 1). Playing on a show court makes a difference,” he added.

Tiafoe’s best showing at Wimbledon was reaching the third round in 2018. However, he believes beating someone of Tsitsipas’s class can be a game-changer.

“A lot of things have been going on for me lately. I wanted to do it (play tennis) the right way and I have not been close to where I want to be. I am very capable I know that but I definitely needed to beat a guy of this level,” he said.

An upset looked on the cards when Tiafoe broke Tstisipas for 5-4 in the second set. Despite the 22-year-old Greek having three break points the American battled back and even with a fall on the slippery surface held his nerve to take the set and go 2-0 up.

Tiafoe struck immediately in the third set breaking Tsitsipas for 1-0 and then came through a very long game when he was serving at 2-1.

Tsitsipas kept knocking at the door but failed to convert all seven break points with his last chance coming when he had two at 3-4.

Again he failed to take them as Tiafoe rallied to go to deuce and held his serve and move to one game from victory.

A delicious return by Tiafoe on Tsitsipas’s first service at 5-3 teed him up and he romped through the game with a broad grin breaking out across his face as his dispirited Greek opponent trudged off court.