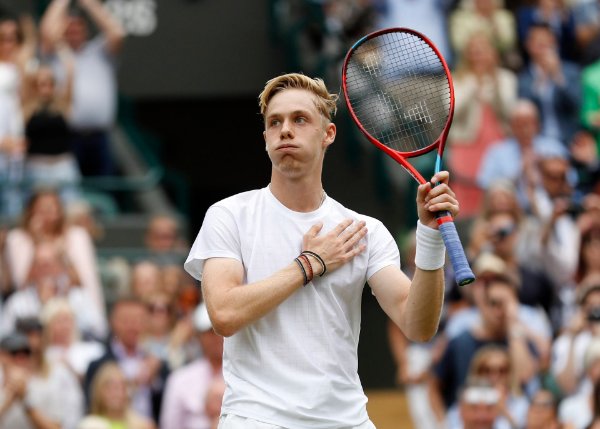 Wimbledon Semifinals LIVE Coming Up – Denis Shapovalov sets up Semifinal clash vs Novak Djokovic: The pair had only previously met once before, in the 2019 Davis Cup Finals, where Shapovalov beat Khachanov during Canada’s semi-final victory over Russia. Despite the Canadian’s higher ranking, Khachanov has more Tour titles, and importantly, neither has a title on grass, so this was a match for the taking.

The first set started on serve and continued until the ninth game when Shapovalov broke for 5-4 and then served out the set in just 38 minutes.

That loss seemed to light a fire in Khachanov who rapidly tucked away the next four games including coming back from 0-40 on the Shapovalov serve, and then levelling up for one set all.

The next two sets were an electrifying tussle with the Canadian’s superior statistics belying the tension on No.1 court, and the fifth kept the crowds firmly in their seats until Shapovalov broke for 5-4 before serving out the match after just under three and a half hours.

Shapovalov was one of two Canadians in the quarter-finals, with Felix Auger-Aliassime taking on No.7 seed Matteo Berrettini.

He will now meet No.1 seed Novak Djokovic who beat Hungarian Marton Fucsovics earlier on Wednesday.

Shapovalov was coming on the back of wins against Bautista Agut, Andy Murray, Kohlschreiber to advance into the quarterfinals.