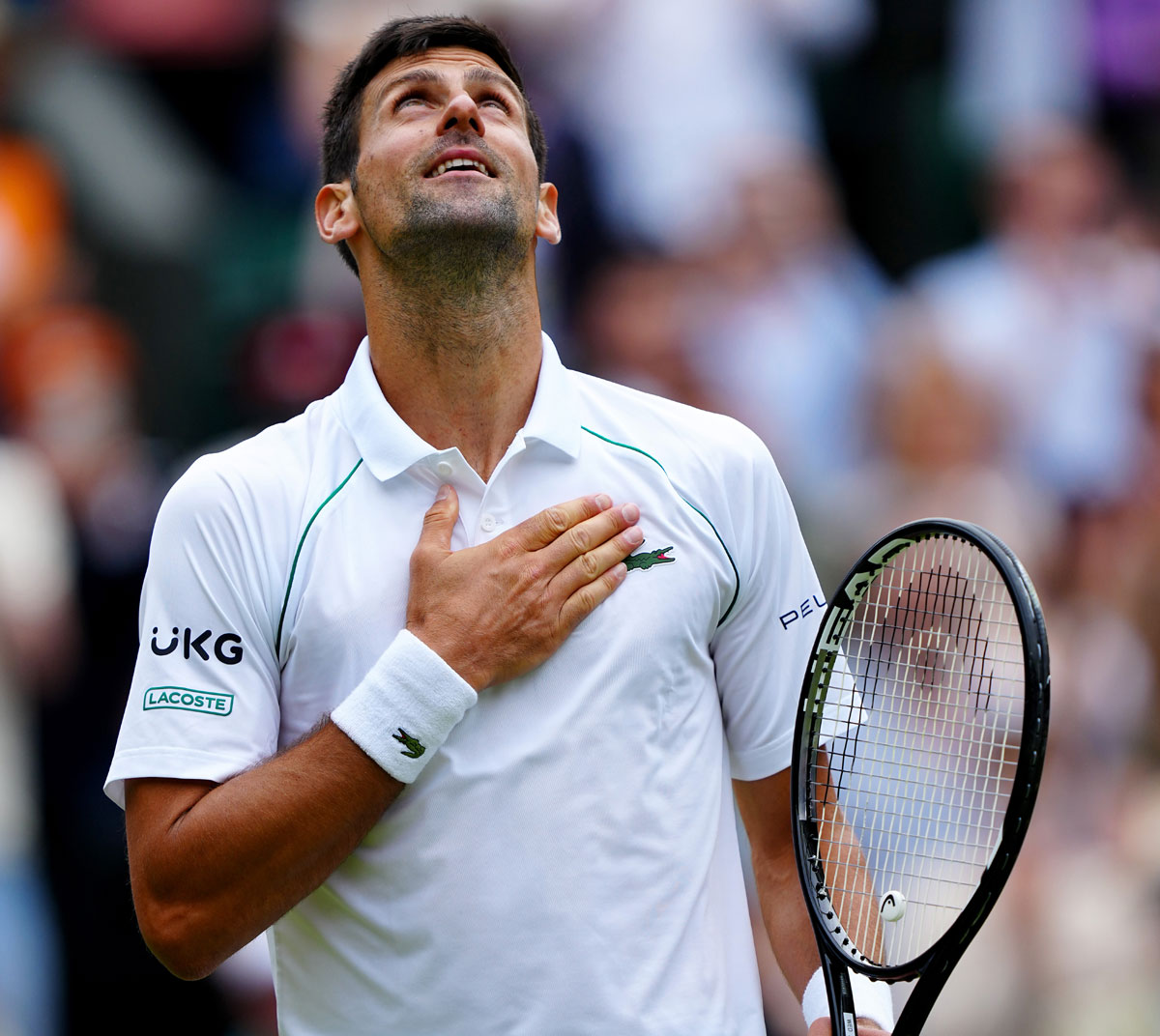 World number one and five-time champion Novak Djokovic reached his 10th Wimbledon semi-final on Wednesday with a straight-sets win over Marton Fucsovics of Hungary. Djokovic, chasing a record-equalling 20th Grand Slam title, won 6-3, 6-4, 6-4 and will face either Russia’s Karen Khachanov or Denis Shapovalov of Canada for a place in Sunday’s final. It was 34-year-old Djokovic’s 100th career grass court win as he made the last-four of a major for the 41st time. “It was a solid performance, I started extremely well and didn’t do many things wrong in the first five games,” said Djokovic.

“One break of serve in the second and third set was enough to clinch the victory. But credit to Marton for fighting and hanging in there, he had a great tournament.”

Djokovic became only the third man to capture all four majors more than once with his second French Open victory last month.

Now he is halfway to becoming the first man since 1969, and only the third in history, to complete a calendar Grand Slam of all four majors.

“I’m aware of certain stats, I love this sport with all my heart, body and soul and have been devoted to it since I was four,” he added.

“Sometimes things do look surreal for me but I try to live in the moment and take every opportunity I have on the court.

“Going for history is a huge inspiration for me, let’s keep it going.”

Djokovic raced into a 5-0 lead in the first set on Wednesday before 29-year-old Fucsovics got on the board.

The world number 48, bidding to become the first Hungarian man since 1948 to make the semi-finals at Wimbledon, saved five set points.

However, the rearguard action was too late to prevent the champion edging ahead.

The top seed broke for the only time in the second set in the ninth game which was enough for a two sets lead.

Djokovic had spent three hours fewer than the muscular Fucsovics in getting to the last-eight and his freshness showed when he crucially broke in the first game of the third set and then fought off two break points in the sixth.