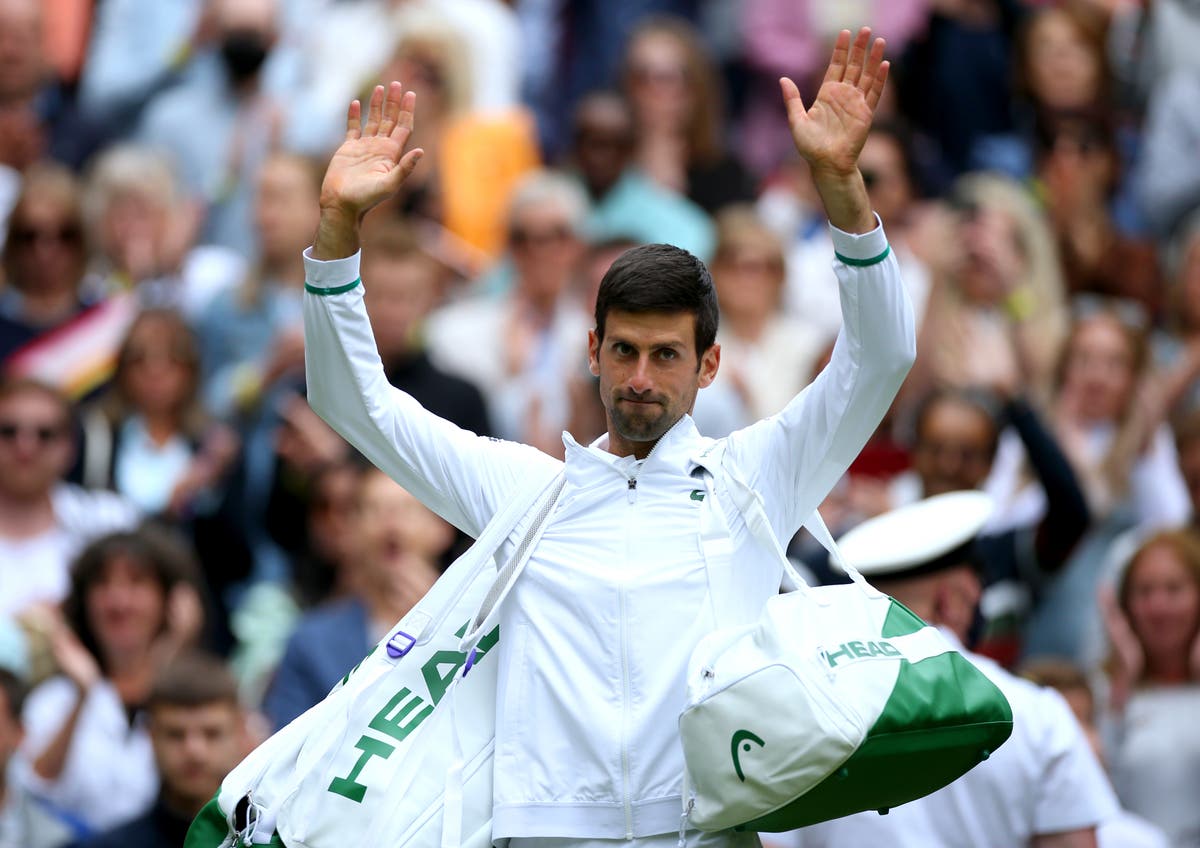 For the second time in three days British hero Andy Murray left a late-night Centre Court crowd spellbound as he battled past German qualifier Oscar Otte to win a five-set epic and reach the third round. The 34-year-old who plays with a metal hip after surgery in 2019 looked to be in big trouble against the world number 151 but after a break, while the roof slid closed in the fourth set he returned inspired to win 6-3 4-6 4-6 6-4 6-2.

Otte played a full part in a mesmerizing match in which every Murray winner in the closing stages produced deafening roars from the 7,500-crowd. Murray, who also put his fans through the wringer against Georgian Nikoloz Basilashvili on Monday night, ended the contest with successive topspin lobs before embracing his valiant German opponent at the net. The two-time champion, who had played only five Tour-level matches this year before Wimbledon, will now play Canadian youngster Denis Shapovalov in the third round on Friday.

It was a fair bit quieter earlier in the day as top seed Novak Djokovic dispatched Kevin Anderson in clinical fashion, winning 6-3 6-3 6-3 to reach the third round. Defending champion Djokovic produced a flawless performance to beat Anderson in a rematch of their 2018 Wimbledon final. The world number one continued his perfect record against South African Anderson, with four wins in as many meetings at the All-England club.

Australian maverick Nick Kyrgios reached the second round as he returned to beat Frenchman Ugo Humbert 9-7 in the fifth set in a match that began the night before. It was a good day for the men’s seeds with Matteo Berrettini (7) and Felix Auger-Aliassime (16) winning delayed first-round matches and Andrey Rublev (5) reaching round three. But the women’s fourth and fifth seeds both lost.

After Serena Williams retired injured on Tuesday, sister Venus Williams lost 7-5 6-0 to Ons Jabeur in the second round, marking the first time neither player advanced to the third round at Wimbledon when both played in the tournament. Fourth seed Sofia Kenin was knocked out in the second round by compatriot Madison Brengle, who won 6-2 6-4 in just 45 minutes. Kenin fired 20 winners to Brengle’s six but that was offset by 41 unforced errors.

Second seed Aryna Sabalenka dropped the opening set in her second-round match before powering to a 4-6 6-3 6-3 victory over Briton Katie Boulter, who is ranked 219th in the world and was spurred on by the home crowd on Centre Court. In the men’s draw, Canada’s 16th seed Felix Auger-Aliassime moved into the second round with a 6-3 6-3 6-3 victory over Brazilian Thiago Monteiro without conceding a single break point opportunity.

Third seed Elina Svitolina was pushed the distance by Alison Van Uytvanck before the Ukrainian advanced to the second round with a 6-3 2-6 6-3 victory on Court One. Queen’s runner-up Cameron Norrie dropped the opening set against Lucas Pouille but the Briton bounced back to win 6-7(6) 7-5 6-2 7-5.

Japan’s unseeded Yoshihito Nishioka beat 28th seed John Isner 7-6(5) 2-6 6-3 6-7(3) 6-4 to move into the second round after an error-strewn performance from the American. Playing on Court 18, where he beat Nicolas Mahut in 2010 in the longest match in history, Isner fired 87 winners and 36 aces and won four more points than his opponent but made 70 unforced errors to give Nishioka victory.