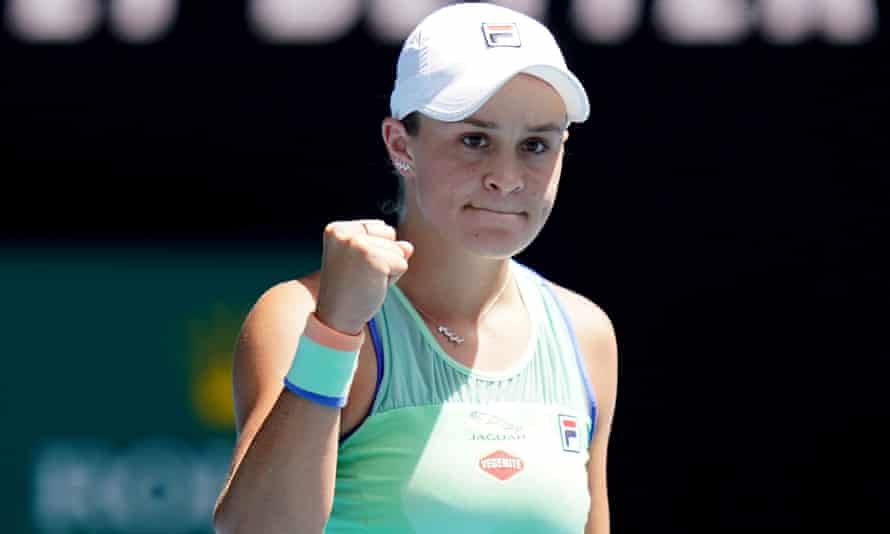 Ashleigh Barty kept alive her dream of winning the women’s Wimbledon title on the 50th anniversary of fellow indigenous Australian Evonne Goolagong Cawley’s first win by easing into the semi-finals on Tuesday. The 25-year-old outclassed unseeded compatriot Ajla Tomljanovic 6-1, 6-3 to set up what promises to be a far more serious test of her ability on Thursday when she faces 2018 champion Angelique Kerber. “It’s the ultimate test,” said Barty. “Angie’s had success here before. I love that match-up. She knows her way around this court and I know I need to play well to give myself a chance in that match.”This is a dream come true.”

Barty seized control of the match from the off breaking Tomljanovic twice early on and then broke the 28-year-old for a third time to win the first set 6-1.

Tomljanovic’s boyfriend Matteo Berrettini tried to rally her spirits with applause from the guest box — though the men’s quarter-finalist looked far from confident licking his lips nervously — as she prepared to receive serve from Barty at the beginning of the second set.

For a brief moment it appeared that might have done some good as she broke Barty in the first game.

However, she lost her serve immediately and her next one as well to give Barty the break she required.

Tomljanovic — whose Last 16 match had been much later than Barty’s on Monday — did break back to trail 4-3.

However, typical of the clash no sooner had she suggested a fightback then Barty upped a gear and she reeled off the next thee games to progress.

“All Aussies back home are proud of her and it was bloody nice to share the court with her today.”

AOC to respect Kyrgios’ decision if he pulls out of Tokyo
Wimbledon: Daniil Medvedev Knocked Out By Hubert Hurkacz In Round Of 16