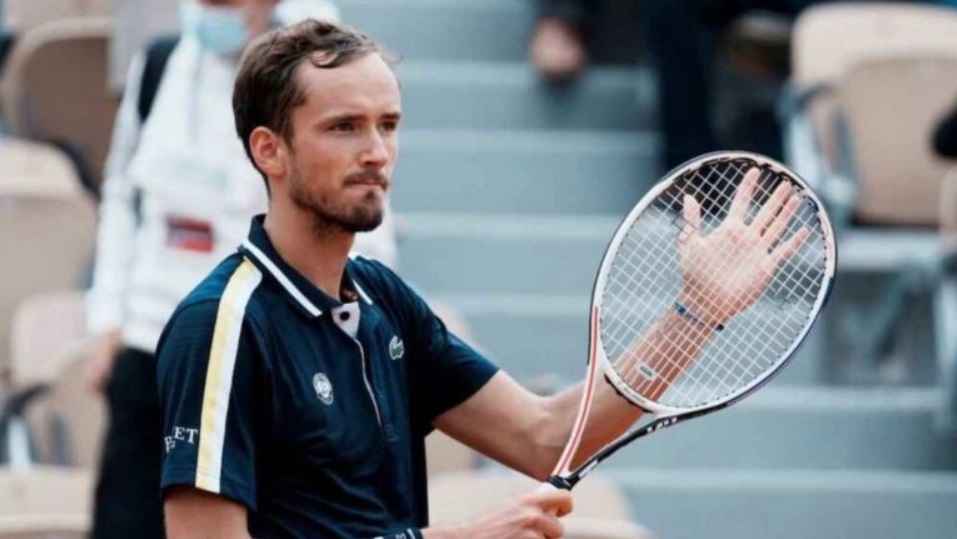 Wimbledon 2021: World No.2 Medvedev says, ‘If I play my best tennis I’m capable of going really far’: Hardcourt specialist Daniil Medvedev likes to do things differently and so far it has been a good formula for the 25-year-old who will be seeded
second at Wimbledon 2021 next week.

“I like that my game is unorthodox in a way,” best tennis player Medvedev told reporters at the Mallorca Open this week where he was fine-tuning his grasscourt game for Wimbledon.

Medvedev’s distinctive style, featuring a powerful and flat forehand produced with minimal backswing, a punchy backhand that is one of the most reliable in tennis, and a fearsome serve, have helped him win 10 titles.

All of those have been on hardcourts — begging the question of whether the charismatic Russian’s game can translate to the sport’s other surfaces.

This month’s run to the French Open quarter-finals, having suffered four successive first-round exits, proved that he can thrive on claycourts.

The next challenge, Medvedev says, is making an impact at Wimbledon — a surface that should suit his powerful, flat groundstrokes that will skid off the slick turf.

World number two Medvedev’s record at Wimbledon is modest, with his three appearances yielding only five wins.But he insists he enjoys playing on grass and believes he can be a danger.“On clay even if I’m feeling good I need to adapt my game, I need to adapt my movement,” Medvedev says.

“On grass it’s different, I feel that I can play kind of automatically, just the way I play, maybe play flatter than I play, so it’s more convenient for me to play on grass.”

Medvedev lost in the first round in Halle last week, so decided to travel to the sunshine isle of Mallorca to get some more match practice, reaching the semi-finals with wins over Corentin Moutet and Casper Ruud.

“It takes me time to get used to the grass but now I feel happy with some wins,” Medvedev said. “I feel like I’m raising the level.The start against Moutet was a disaster but I started playing better and already confidence is higher.”Medvedev says the biggest challenge for the grasscourt season is physical.

“After the first match you play you are dead after, your glutes, your lower back are suffering,” he said.
“This year straight away after Roland Garros I didn’t have time to rest, so I started working with my physical coach on all the small movements to reinforce my glutes.”

Medvedev says Novak Djokovic is the big favourite at Wimbledon. “He is going for the Golden Slam maybe so that’s a pressure for him but he knows how to deal with that,” he said.And on his own chances?

“Wimbledon is now my worst Slam (in terms of result). I want to challenge myself to go far but it’s a very tricky surface where first, second you can get tough opponents who don’t give many chances and there are lots of tiebreaks.

“If I play my best tennis I’m capable of going really far, and to cause a danger to the biggest names, I just need to gain confidence and go with the flow.”Medvedev will face Germany’s Jan-Lennard Struff in the first round at Wimbledon.

Wimbledon 2021 Draws are out, Djokovic draws a wild card holder, Federer vs Mannarino in opening round, check full draws
Stefanos Tsitsipas: Wimbledon Star Who Was “Just A Few Breaths Away From Dying”