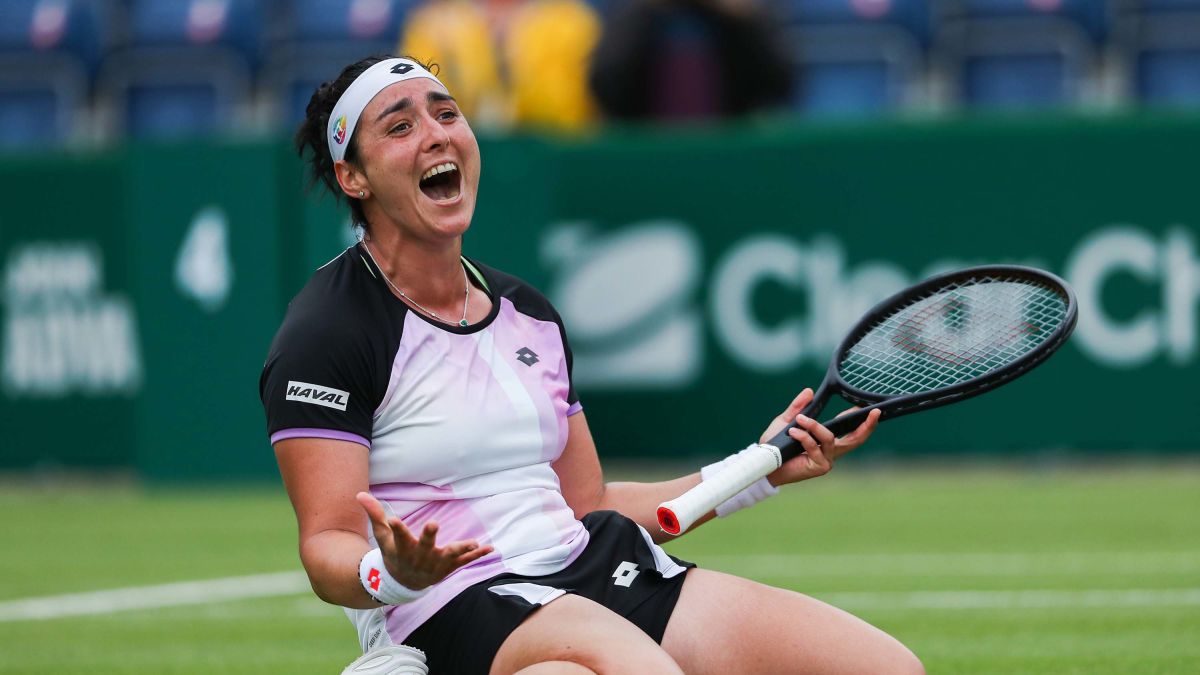 Wimbledon 2021 – Ons Jabeur Creates History: Ons Jabeur continues dream run; oust Garbiñe Muguruza – 2017 Wimbledon champion in a three-set thriller: For as long as she can remember, Tunisian Ons Jabeur has had a dream to become one of the best players in the world.

“It was like very, very personal for me,” the 26-year-old says of that goal.

Wimbledon 2021 – Ons Jabeur Creates History: Making her Centre Court debut at Wimbledon on Friday, the 21st-seeded Jabeur showed her dream is finally becoming a reality as she dazzled the crowd with her entertaining brand of tennis to dispatch two-time Grand Slam champion and ex-world No.1 Garbiñe Muguruza 5-7, 6-3, 6-2 and become the first Arab woman to reach the last-16 stage at the All England Club.

“It is [the best day of my tennis career],” Jabeur said on court, after securing a fourth round meeting with No.7 seed Iga Swiatek.

“I’m not saying this so you guys come cheer for me in the next round but this is my favourite Centre Court in the world. I’m telling the truth, I swear. The energy is amazing. I’m so, so, so happy.”

Muguruza was trying to make the fourth round for the first time since her triumphant title run at Wimbledon in 2017, and had experience on her side. But Jabeur has won more matches than anyone else on tour this year – she joins Aryna Sabalenka with a WTA-leading 32 victories – and is fuelled by her desire to make history for Tunisia, North Africa and the Arab world.

In the build-up to the Championships Jabeur became the first Arab woman to win a WTA trophy, thanks to her success on the grass courts of Birmingham. Her list of ‘firsts’ by a woman from her region is an extensive one, and she is determined to show future generations that anything is possible if you believe in yourself.