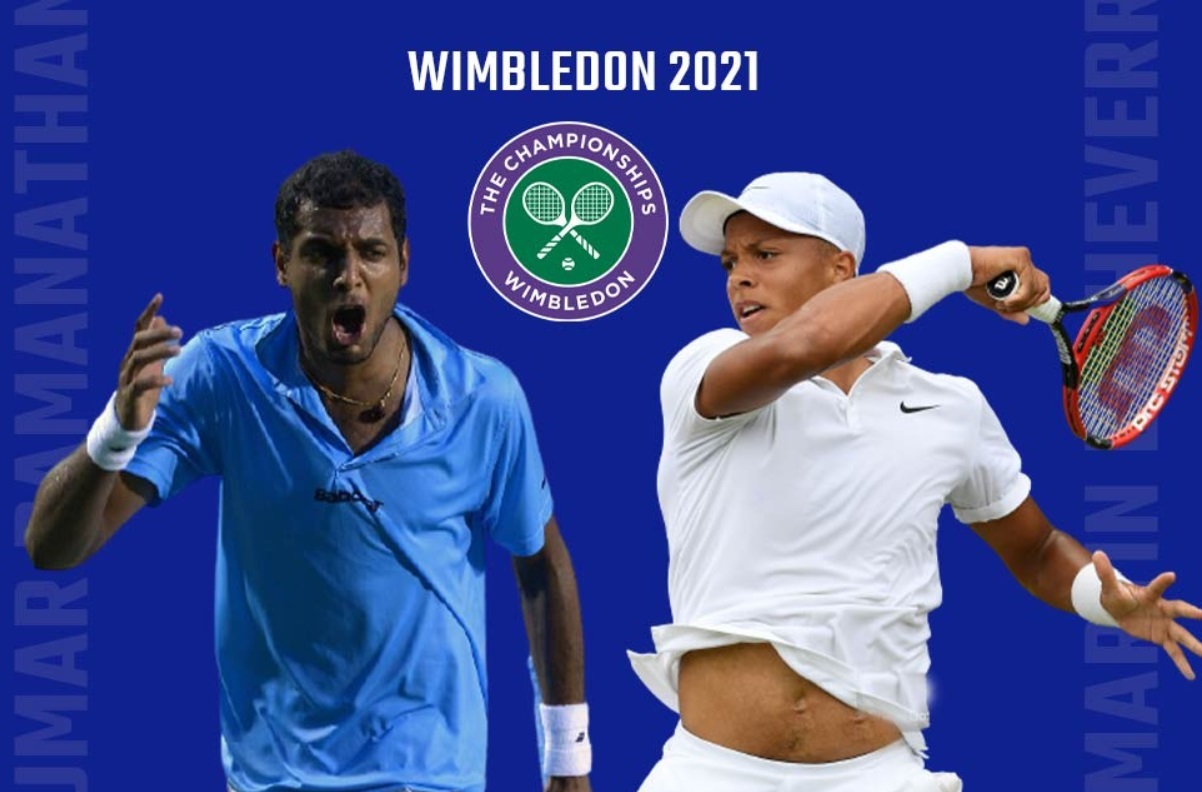 Ramkumar, who gradually slipped out of the top-200 for lack of good results, beat his Argentine rival 6-3 6-4.

The Indian Davis Cupper, now ranked 211, did not face a single break point in the match and broke Etcheverry, ranked 204, twice in the second round match that lasted 59 minutes.

The closest he has come to qualifying for a major before this effort was in 2018 when he reached the third round of the Australian Open qualifiers.

Prajnesh Gunneswaran and Ankita Raina have exited from Qualifiers.

In Wimbledon 2021’s men’s singles, India’s hopes are solely relying on Ramkumar Ramanathan. He is the only remaining Indian in the singles qualifier in Wimbledon and will face Argentine Tomas Martin Etcheverry in the 2nd round of qualifiers on Wednesday.

Ranked 212th in ATP rankings, Ramkumar Ramanathan beat Jozef Kovalík 6-2, 6-0 in the 1st round qualifiers. As he chases a place in the Wimbledon 2021 main draw, he will be up against 193rd-ranked Tomas Martin Etcheverry. The Argentine beat Cem Ilkel 6-1, 6-4 in the first round.

For Ramkumar Ramanathan, who last played the Nottingham Challenger last week, it will be a good opportunity to progress into Wimbledon 2021 qualifiers further.

There is no head to head record between Ramkumar Ramanathan vs Tomas Martin Etcheverry as this will be the first time that they will clash against each other in the ATP tour.

Wimbledon 2021: World No.2 Daniil Medvedev looking for confidence in his game on grass ahead of Wimbledon
Wimbledon 2021: Novak Djokovic, Ash Barty among top seeds announced for Wimbledon; check full list