Wimbledon 2021 Pullouts: List of players who have withdrawn from year’s third grand slam- check out 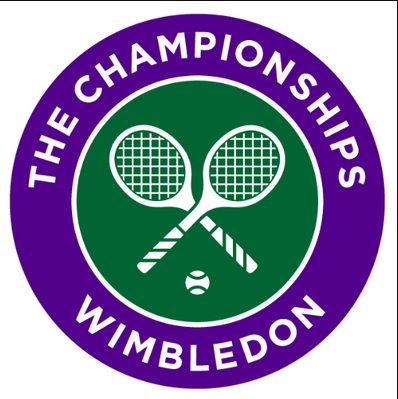 Wimbledon 2021 Pullouts: List of players who have withdrawn from year’s third grand slam- One of the oldest and prestigious tournaments in the world, Wimbledon- a grass court Tennis tournament- is all set to kick off on June 28. But like French Open many of the top stars are unlikely to feature in the top tennis event. It includes the likes of 20-time grand slam champion Rafael Nadal, women’s tennis superstar Naomi Osaka who have also pulled out of the Wimbledon 2021. Meanwhile, Milos Raonic and David Goffin have also announced their withdrawals.

Milos Raonic has withdrawn from the Wimbledon championships this month following a setback in his recovery from a calf injury, the 2016 runner-up said.

“I wanted to share that I am incredibly sad and hurt that I won’t be ready to compete at Wimbledon this year,” world number 18 Raonic said in an Instagram post late on Saturday.

“I have been working hard to heal it but had a minor setback,” Raonic said. “Therefore I won’t be ready for Wimbledon. I will be working hard to get back as soon as possible.”

Wimbledon 2021 Pullouts: List of players who have withdrawn from year’s third grand slam

Naomi Osaka has withdrawn from this month’s Wimbledon championships for personal reasons. She had quit the French Open last month following her first-round victory after organizers fined her $15,000 and threatened her with expulsion from the tournament when she refused to attend mandatory post-match press conferences.

“Hi all, I have decided not to participate at this year’s Championships at Wimbledon and the Olympic Games in Tokyo. It’s never an easy decision to take but after listening to my body and discuss it with my team I understand that it is the right decision,” he said in a tweet post.

“The goal is to prolong my career and continue to do what makes me happy, that is to compete at the highest level and keep fighting for those professional and personal goals at he maximum level of competition,” he added.

David Goffin of Belgium will miss Wimbledon after suffering an ankle injury at Halle Open. He had to retire during a clash with Corentin Moutet in Germany after sustaining right ankle injury after slipping on grass court. According to reports, his agent has confirmed that the 13th ranked player will not be able to recover for Wimbledon.

“Yes, David has officially withdrawn from Wimbledon following his ankle injury in Halle. For the moment we do not know more about the exact duration of unavailability,” Roux told lesoir.be.

“He is of course disappointed to miss a Grand Slam tournament, especially since he had recovered well on grass before his injury. David told me that it was more serious than a minor sprain, after exams in Belgium,” he added.

Meanwhile 2019 Wimbledon champion Simon Halep has raised doubts over her title defence. She has pulled out of the upcoming Homburg tournament due to a persistent calf problem which forced her to miss French Open.

The Romanian, 29, said in a video message on her Twitter account that “my calf is not ready for a competition” at the grasscourt event in Germany.

Notably, the grasscourt Grand Slam tournament was cancelled last year due to the coronavirus pandemic.

Wimbledon 2021 LIVE streaming: When, where and how to watch year’s third Grand Slam’ in you country, India
Canada’s Shapovalov withdraws from Tokyo Olympics