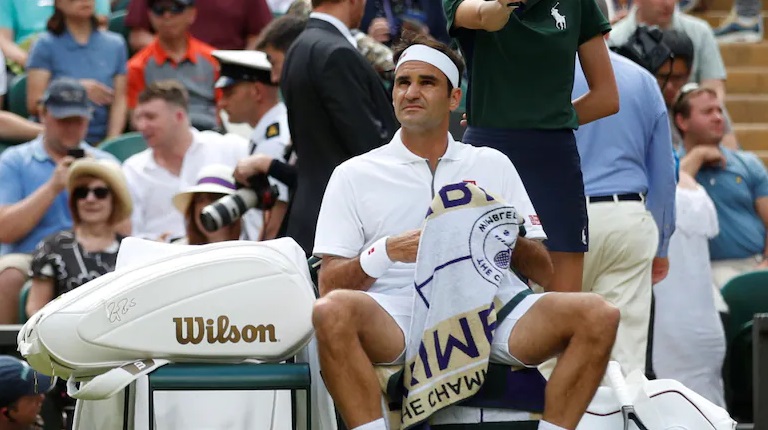 In a big boost to fans of Wimbledon, the organizers are confident that they will be able to allow more than 25 percent of the capacity crowd at this year’s grass-court Grand Slam as the United Kingdom eases Covid-19 restrictions.

Britain moved to stage three of its roadmap for lifting lockdown restrictions from Monday with Prime Minister Boris Johnson aiming to lift all restrictions and re-open the economy on June 21, according to Reuters.

The All England Lawn Tennis Club (AELTC) had said last month they were planning for 25 percent capacity but the latest move in terms of easing the restrictions has given them a chance to increase the capacity. Wimbledon will start from June 28.

“Further to the Stage 3 relaxation of restrictions and early positive indications from the Event Research Programme, we are confident that we will be able to increase our ticketing capacities for The Championships this year beyond the minimum 25% position we set out last month,” the AELTC said in a statement on Wednesday.

“This confidence is based in particular on the reintroduction of the rule of six indoors in restaurant settings from 17 May, and early indications that Stage 4 guidance could include similar relaxations of the guidance for sports stadia.”

Wimbledon was the only Grand Slam canceled last year due to the pandemic and it was the first time since World War II that the grasscourt major was not held.

Organizers have put in place a Minimised Risk Environment to satisfy health protocols, meaning players will be limited to a maximum of three in their entourage and will have to stay in designated hotels, rather than plush private near the venue.

The AELTC said they were staying flexible and delaying ticket sales till the middle of next month to have more clarity on the emergence of the fast-spreading B.1.617.2 variant of the virus which could derail the lifting of restrictions.

“For this reason, we are continuing to leave confirming our ticketing capacities until as late as possible, with all tickets to be made available via an online sale, which we anticipate commencing in mid-June,” the organisers said.