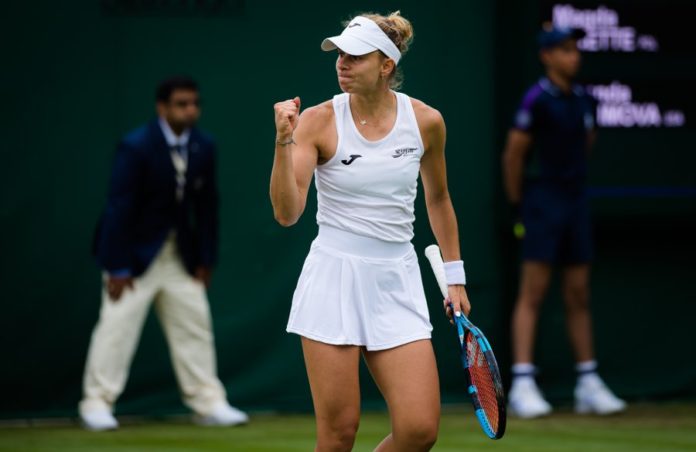 The Ukrainian was 4-1 down in 16 lightning-fast minutes and she looked as shocked as everyone else as she lost the first set 6-3 in half an hour.

There was a lot of talking to herself but insufficient improvement as Svitolina lost the second set 6-4. That sent the 2019 semi-finalist out of The Championships in an hour and five minutes. It is Linette’s second passage to the third round in six visits to SW19. S hewill hope to go beyond it this time.

Svitolina admits she is not in the best space mentally at the moment and the 26-year-old acknowledged she was in desperate need for a reset to rediscover her form.

“When you play Grand Slam, is all the time a lot of different kind of pressure. Sometimes it’s tough to handle but it’s part of the job,” said the world No.5. “You have to try to be strong, try to be good to yourself and try to overcome the fears, the difficulties.

“Today probably I was not fresh mentally to do that. I have been on the Tour for years now and been different kind of situations. But right now I wouldn’t say it’s very smooth times in my career right now.”