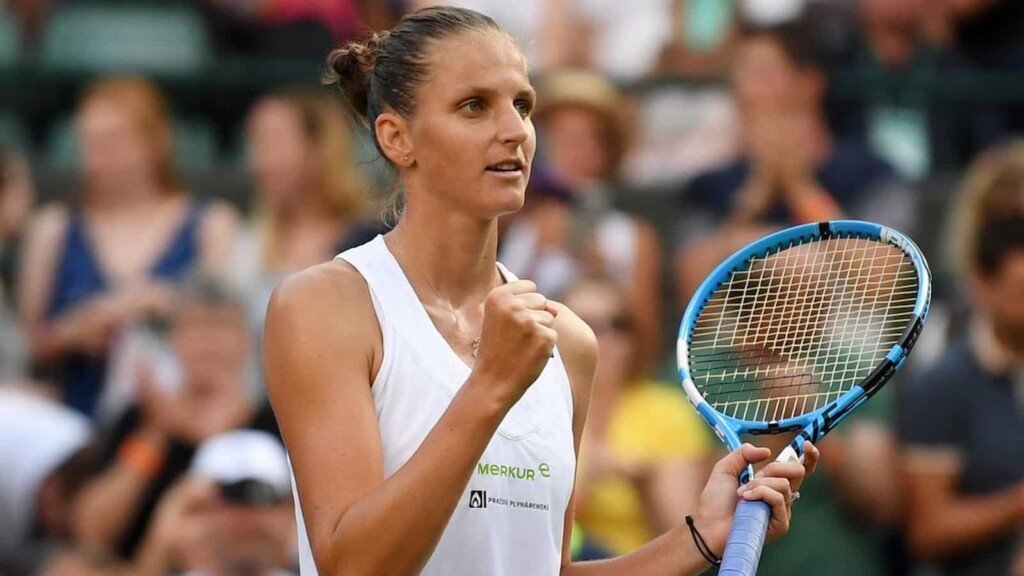 WELCOME TO DAY 2: Wimbledon, the only grass-court Grand Slam of the year returned after two years on Monday with home favorite Andy Murray making a winning comeback, while third-seed Stefanos Tsistsipas crashing out in the first round to Francis Tiafoe. The start of the 134th edition of the tournament, the 127th staging of the Ladies’ Singles Championship event, also saw two-time Wimbledon champion getting eliminated by American Sloane Stephens. Let’s have a look at the results from Day 2.

Former world number one Karolina Pliskova began her quest for a maiden Grand Slam title with a 7-5 6-4 victory over Slovenia’s Tamara Zidansek.

Czech eighth Pliskova seed was joined in the second round by Ons Jabeur, who beat Rebecca Peterson 6-2 6-1.

3) Sakkari through in style

Greece’s Maria Sakkari, returning to action for the first time since her French Open semi-final defeat, powered past Arantxa Rus of the Netherlands 6-1 6-1 in 49 minutes.