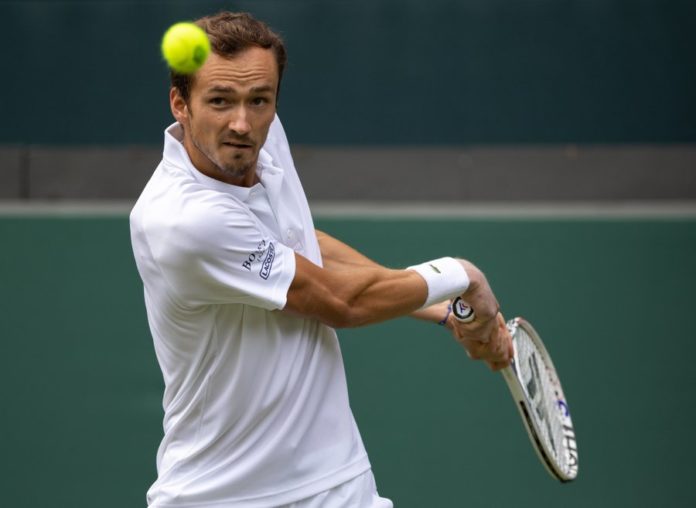 Wimbledon 2021: Daniil Medvedev advances into third round, defeats Alcaraz Garfia in 3 sets-A straight sets win, a place in the third round booked and back in the locker room after a brief 94 minutes on court – Daniil Medvedev could not have been a happier man.

The No.2 seed eased past the 18-year-old Carlos Alcaraz, Spain’s latest, greatest hope, 6-4, 6-1, 6-2. But if the score line suggests that it was a one-sided clumping, Medvedev was at pains to point out that it was anything but.

Yes, he won, but he has been to two Grand Slam finals and has been at the very top of the game for a couple of years. Alcaraz is just starting out on his career and already ranked No.75, he has a brilliant future.

Carlos is an amazing player,” he said, “and I was actually surprised in a way in the first set because grass is not his best surface but he was giving it all there. Of course, second and third sets maybe the gap was too high but I’m sure he’s going to be sooner or later in the top 10 and maybe even higher.

“What he is doing is pretty special because in his first Grand Slams, he’s made a victory in Australian Open, made third round in Roland-Garros [and won a match here]. My first four Grand Slams, I had actually only one victory and it was here in Wimbledon on Centre Court. So Wimbledon is always going to be special for me.”