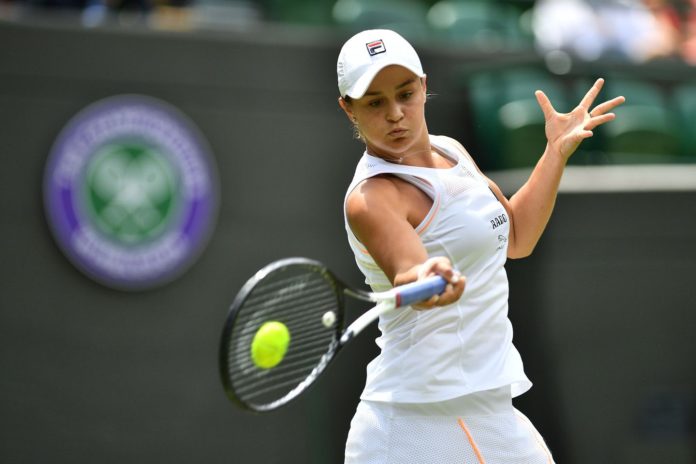 Wimbledon 2021: Ash Barty earns hard-fought victory over Anna Blinkova, advances to third round- World No.1 Ash Barty has defeated Blinkova in round 2 of the Wimbledon 2021. She won the match against her rival in straight sets.

There were times on Centre Court when Ashleigh Barty looked every inch the world No.1 with sweeping groundstrokes and nerveless returns. At others she looked someone still shaking off the rust after injury and two years’ absence from grass court competition. A malfunctioning service made life more difficult than necessary, as did a resilient opponent with smart shots of her own.

In the event it perhaps came down to the eighth game of the second set with Barty serving at 4-3 advantage. Anna Blinkova forced six deuces and four break points, but could not level. Suddenly it was a case of blink and it was over as Blinkova dropped her own serve and it was game-set-and-match to the No.1 seed.

At the start Barty had dropped her opening service game to go 0-2 down but the Australian quickly levelled then edged a set of five breaks 6-4. The second set was tight until Russian Blinkova just failed to capitalise on those break opportunities. Barty thus moves on, and can only improve.

Earlier the Aussie had defeated Carla Suarez Navarro in the opening match to progress to the next round in her pursuit of the maiden Wimbledon title.

The LIVE broadcast of Wimbledon 2021 will be covered by Star Sports India. You can also watch the tournament on OTT-platform Hotstar. If you stay in any other country apart from India, check from this list– Wimbledon broadcasters

With approximately 35 broadcasters on-site, rights holders receive their feeds via a ground-breaking IP infrastructure alongside global distribution to some 200 territories.