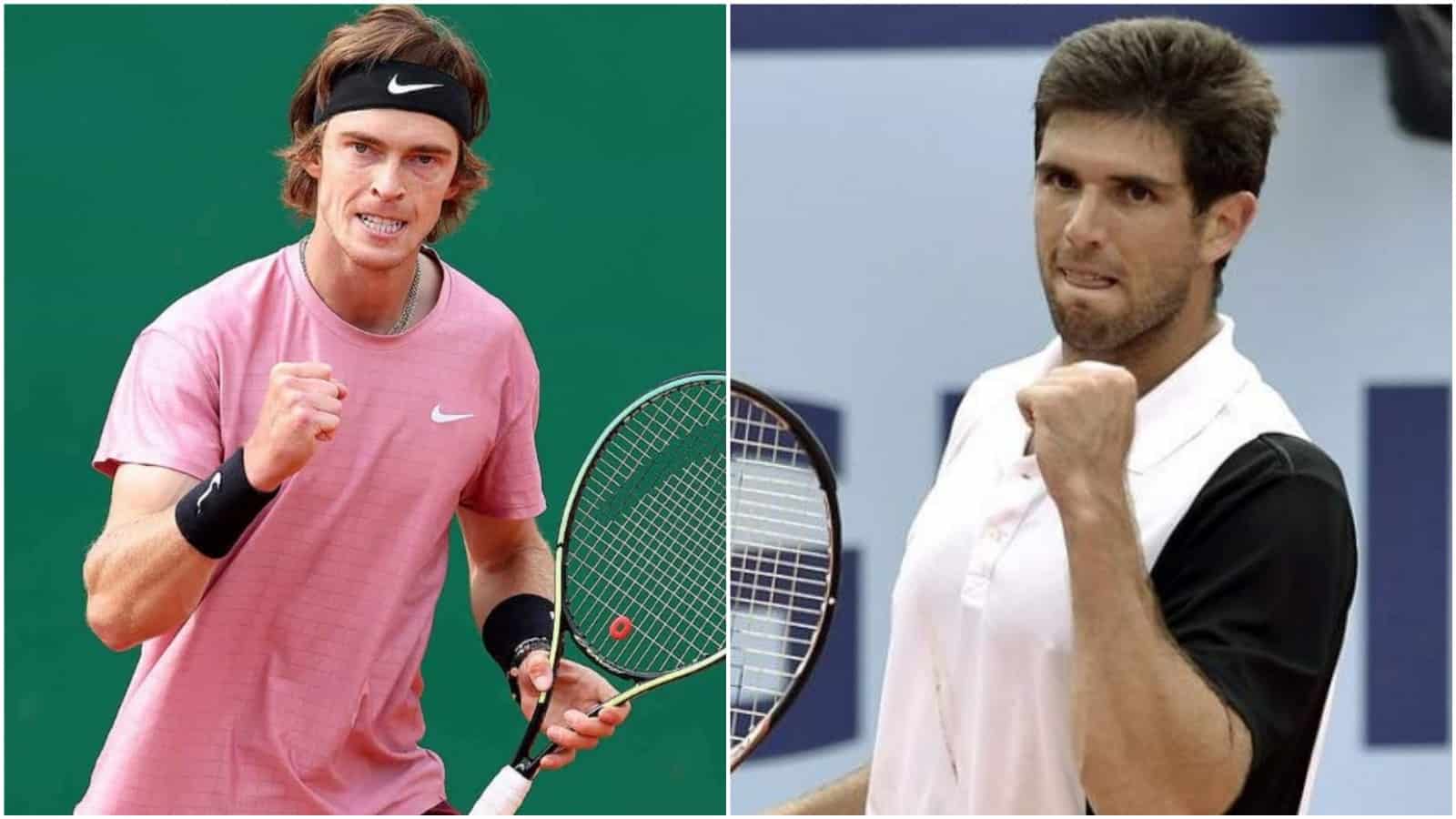 He appeared in danger of losing in the first round for the second consecutive Grand Slam on Monday after dropping the first set. But the fifth seed quickly gained the momentum to reach the second round at Wimbledon.

The 23-year-old earlier this month made his first tour-level final on grass when he advanced to the championship match in Halle. Now the big-hitting righty will try to reach the third round at SW19 for the first time when he plays big-serving South African Lloyd Harris or Lithuanian Ricardas Berankis in the second round.

Rublev got himself in trouble in the opening set by making 12 unforced errors, which allowed Delbonis to maintain a sense of comfort on the fresh grass. But once the Russian tightened up his game — he made no more than seven unforced errors in each of the next three sets — he was able to take control.

The World No. 7 lost his serve just once in the final three sets, and that was enough to pull away from his lefty opponent in their first ATP Head2Head clash. Rublev hit 40 winners in his victory.

Delbonis arrived in London playing good tennis. At Roland Garros, the 30-year-old made the fourth round. But he is now 0-6 in the main draw at the grass-court Grand Slam.