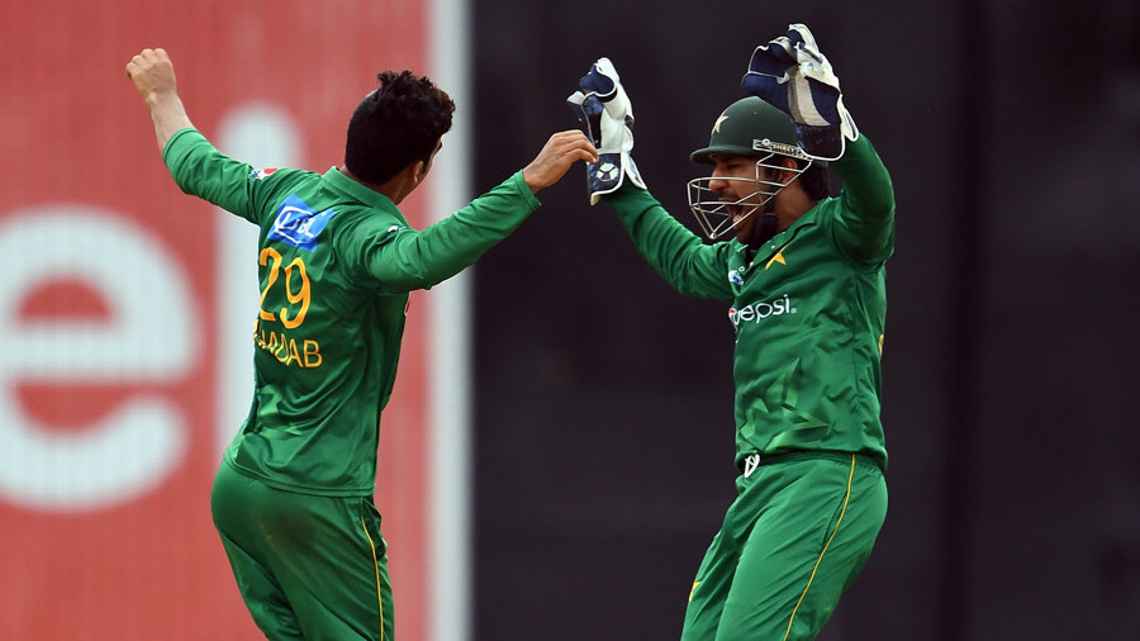 WI vs PAK 2nd T20I: Pakistan aim to continue dominant bowling display, West Indies look to bounce back- As the rain saves West Indies from in the 1st T20I after a solid bowling display by Pakistan bowlers, the hosts will look to bounce back in the second T20I here at the Providence Stadium, Guyana on Thursday. In the first T20I, showers set in just moments after the anthems were sung and continued for the next two and a half hours before play was finally possible with a nine-over-a-side match declared. Having elected to field some three hours earlier, Pakistan Cricket Team kept Windies to 85/5 from their nine overs with Hasan Ali the pick of the bowlers, taking 2/11 from his two-over allotment.

It's still all to play for as West Indies finish on 85/5 at the end of the 9 over innings.#WIvPAK | 🗒️ https://t.co/Ge5GtgcuNy pic.twitter.com/lhVcm8N0GD

Coming off a hard-fought white-ball series against Australia, West Indies do not have time to put their feet up as they take on Pakistan in the first T20I. Having beaten the Aussies 4-1 in the T20I series, the Windies will want to carry forward the momentum going into the Pakistan series. While on the other hand, Pakistan meanwhile come into this series on the back of a 2-1 loss against England. The visitors have problems of their own heading into the T20 World Cup. Apart from Babar Azam and Mohammad Rizwan, the batting line-up has yet to fire collectively. The bowlers too haven’t played up to the high standards they have set, giving away more than 200 runs twice in the three-match series against England.

WI vs PAK – Head to Head

West Indies have never won a full T20I series against Pakistan. In 2011 Pakistan tour West Indies where they played a T20I game and West Indies claimed that game. West Indies who dominate T20 Cricket has faced difficult times against Men in Green as they have only three wins against them in 14 games.

Pakistan is ranked fourth in the ICC T20I rankings with 261 rating points while World Champion West Indies are ranked 8th with 235 rating points. However, both these teams are at par with each other in terms of quality T20 cricketers in their ranks.

Pakistan won the toss and opted to bat first in the rain-curtailed game, visitors kept Windies to 85/5 from their nine overs with Hasan Ali the pick of the bowlers, taking 2/11 from his two-over allotment. Those figures continue an impressive year for Hasan. The seamer has taken 16 wickets at 13.56 across eight T20Is in 2021 while leaking just 7.84 runs per over – form that bodes well for Pakistan going into the ICC Men’s T20 World Cup 2021.

WI vs PAK 2nd T20I: Handed his maiden international cap, seam-bowling all-rounder Mohammad Wasim (1/20) impacted the match early when he struck Lendl Simmons with a short delivery on the right side of his neck in the second over. The blow, unfortunately, forced Simmons (9 off 7) to retire hurt, departing the field with his right arm in a sling.

The 19-year-old returned with the ball in the seventh over to collect his first wicket for Pakistan, having Chris Gayle caught at long-on with a slower ball. Having come out to bat in the second over, Gayle was starved of the strike, facing just seven deliveries for his seven runs. Having lost Simmons to injury in the second over, Windies suffered another blow in the third as Hasan struck with his first ball to have Evin Lewis (6 off 5) caught at mid-on. However, Windies innings looked to be heading in the right direction as they picked up nine runs off Hasan’s first over with eight coming through leg byes.

WI vs PAK 2nd T20I: Nicholas Pooran helped himself to a pair of sixes off Mohammad Hafeez (1/12) in the fourth over, with the second seeing the ball lost. The change of balls brought a change of fortune for Pakistan, with Hafeez striking on his next delivery to have Pooran caught at point for 13 off 11. Gayle and Andre Russell helped themselves to a six each but between the boundaries the runs were few and far between, with Russell departing for seven off six, caught behind off the bowling of Usman Qadir (1/6) in the sixth over and Gayle out in the seventh.

Kieron Pollard’s entry added some impetus to the innings, with the captain helping himself to nine runs off the first three deliveries from Hasan in the eighth over before the quick bit back with the dismissal of Shimron Hetmyer (5 off 5). Pollard finished the innings with a bang, with his last ball six taking him to an unbeaten 22 off nine and setting up what looked to be an exciting chase. Instead, the rain returned just as the hosts’ innings concluded and that was the last of the cricket we saw for the day.