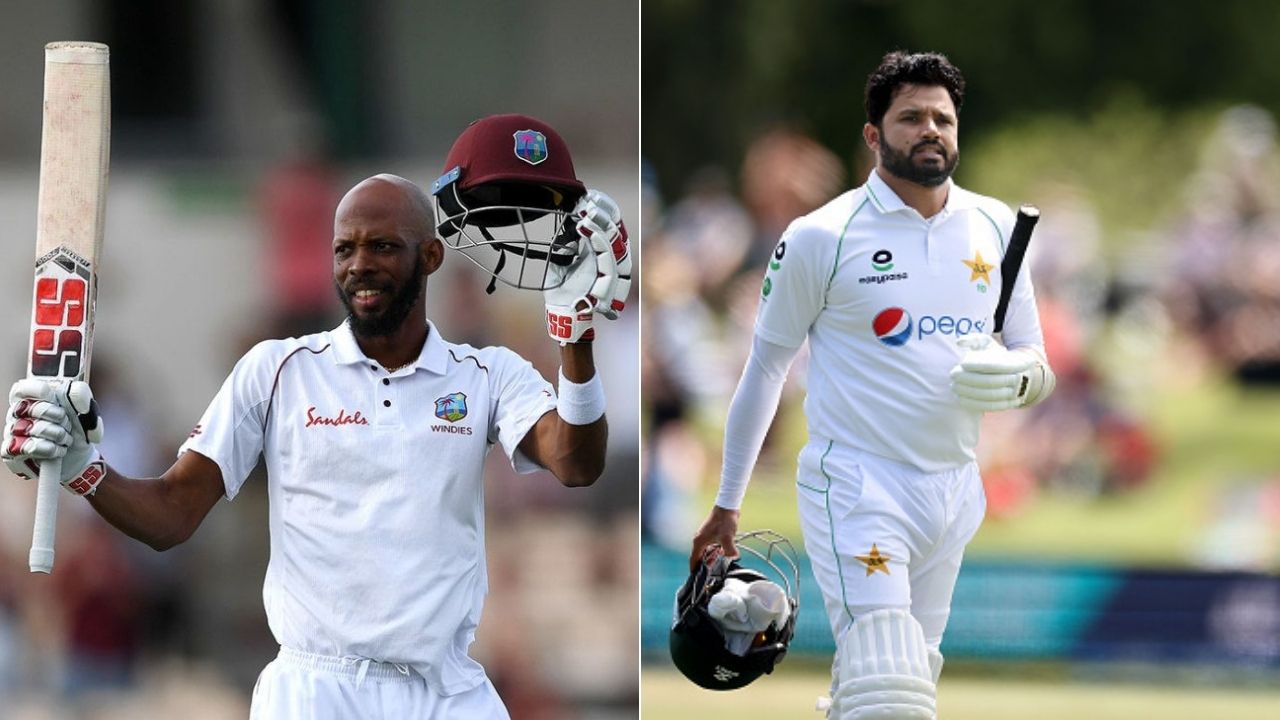 West Indies skipper Kraigg Brathwaite (97) led from the front and put on a 96-run partnership with former captain Jason Holder (58) which guided the hosts to a first-innings lead over Pakistan on the second day of the first test at Sabina Park, Kingston, Jamaica, on Friday.

Brathwaite was run out for 97 shortly before the close as the hosts finished the day on 251 runs for eight wickets in their first innings, having resumed on their overnight score of 2 for 2.

With West Indies in trouble after being reduced to 100-5, Brathwaite anchored a rescue mission during a 96-run sixth-wicket partnership with Jason Holder.

Their effort took the Windies close to Pakistan’s first innings tally of 217 after Holder was given a reprieve before he had even scored, an lbw decision being overturned when television reviews showed Shaheen Shah Afridi’s delivery pitching just outside leg stump.

Brathwaite defied the Pakistan bowlers for just over six hours before he misjudged the chance of a second run. Brathwaite, showing some anxiousness in the 90s, attempted a needless second run off the bowling of Yasir Shah as he approached his century and was caught well short when Hasan Ali’s direct throw hit the stumps.

Brathwaite’s innings still marked an important return to form. While he made 126 and 85 in the second test against Sri Lanka in March, he managed only 28 runs in four innings in two subsequent tests against South Africa.

Roston Chase and Jermaine Blackwood steadied the innings at the start of the second day, putting on 49 for the third wicket before Chase, on 21, was caught behind by Mohammad Rizwan from the bowling of Hasan Ali.

Blackwood carried on, making 22 and helping the West Indies to 100 before he was caught by Abbas at mid-on from the bowling of Shahid Afridi.

Kyle Mayers fell next ball to Afridi, leaving the West Indies 100 for 5 and putting pressure on Brathwaite and Holder to rebuild the innings in the face of accurate bowling from Pakistan.