Why do so many love to hate outgoing T20 captain Virat Kohli? 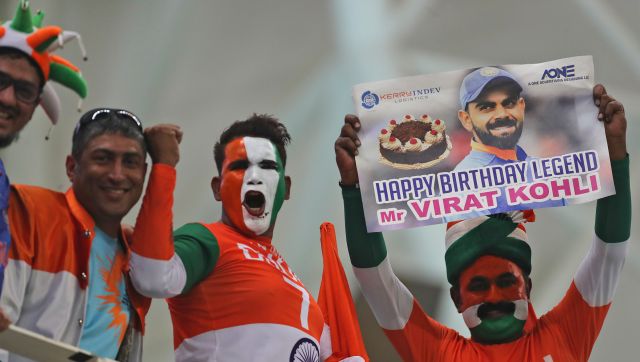 Virat Kohli on a cricket ground is an arresting spectacle. Not for his sinewy, straight-lined classical batting that draws gasps of admiration from connoisseurs and laymen alike. Not for his electric fielding that augments his high-octane persona. Or rather, not for these alone.

Kohli commands attention with his feral emotion, his burning intensity, his otherworldly passion, his unbridled aggression. And he loves the attention, too.

Kohli is at once the consummate performer and the ultimate showman rolled in one. Like all true champions, he is able to compartmentalise the two when so required, but he also has the dexterity to amalgamate them seamlessly if that will give him a competitive edge without cutting corners.

Kohli is the conductor of an orchestra, especially when playing at home. He loves engaging the crowd, exhorting them to get behind his team when the going gets tough. They respond in kind, with the energy and intensity international sport missed for all of 2020 and most part of this year. They love that he bestows importance on them and reciprocate by giving it their all.

And yet, despite all the love, it isn’t love all the way.

Ravi Shastri, the new ex-head coach with whom Kohli enjoys such a wonderful rapport, might have passed on a tip or three on how to hate the hate. Or rather, how to just ignore it. Shastri traversed the spectrum from the poster boy and the Champion of Champions in the mid-80s to the man reviled all over India, for no discernible reason. It wasn’t uncommon to encounter chants of ‘Shastri haye haye’ at various grounds across the country, including in his beloved Mumbai. It was unjustified, uncalled for, unedifying. But if Shastri was affected adversely, he did an excellent job of concealing that.

The lack of love for Kohli doesn’t manifest itself tangibly, visibly, in flesh and blood. Symptomatic of the times we live in, the hate – if you like – emanates from keyboards as armchair warriors emboldened by the cloak of anonymity social media provides spew venom without provocation. Smug in their living rooms and secure in their cowardice couched in bravado, they grow in numbers, and grow fangs, every time a major tournament comes around. To them, success is defined singularly and to the exception of everything else by what Kohli the captain achieves in such competitions. Anything less than a title triumph is dismissed as a complete and utter failure. It follows then that, with India not having won a marquee event since the 2013 Champions Trophy when Mahendra Singh Dhoni was the captain, in their eyes, Kohli is a complete and utter failure.

It seems not to matter that Kohli has only led India in three white-ball ICC competitions – the Champions Trophy in 2017 (when India made the final), the World Cup in 2019 (when they were beaten in the semis) and now this T20 World Cup where they didn’t make it past the first stage. This latest outing was particularly disappointing because India’s challenge ended long before their campaign did. But around these failures – inasmuch as losing a final can be deemed so – the Kohli captaincy record isn’t something to scoff at.

Were he the sort to throw out numbers, Kohli would point out that of all those who have led their countries in more than 30 T20Is, only three others boast a better win-loss ratio. The recently retired Asghar Afghan tops all-comers with a staggering W/L ratio of 4.666 (42 wins and nine losses in 52 games), but it’s worth pointing out that that comes with a caveat – many of Afghanistan’s wins have been against far unequal competition of the like Kohli and his men have seldom encountered beyond the World Cups.

Kohli’s W/L ratio of 1.875 in 50 games in charge (30 wins, 16 defeats) shades Eoin Morgan’s 1.640 in 69 matches. As if that weren’t enough, chew on this – since assuming white-ball charge from Dhoni at the start of 2017, India lost just five T20Is away from home in the four and a half years preceding the start of this World Cup with Kohli at the helm. In case one missed it, just five T20Is losses away from home in 58 months. Fans in Dubai with a poster on Virat Kohli’s birthday. AP

It’s not as if India don’t play enough or often. They are seriously in demand, for obvious reasons, and so are South Africa, England and Australia. Or so it seemed in 2018 when they completed the trifecta in a calendar year for the first time. Kohli masterminded series triumphs in all three lands and delivered the coup de grace in New Zealand at the start of 2020 when India romped to a 5-0 sweep.

Of course, these are not global events, so why even bother? Because, these outcomes speak to consistency, to an all-weather team perhaps a bit comfortable away from home. And yet, if you can’t win a major title, then what exactly are you doing, you @*#%*^?

Needless to say, the inability to steer the team to a big-ticket trophy triumph will stick out like a sore thumb in the otherwise glittering CVs of Kohli and Shastri. Teams live for these emotional dramas played out in a compact three-week timeframe with all the actors on one platform, waltzing and pirouetting towards the pot of gold at the end of the rainbow. To point to the lack of success on that stage and criticise the leader(s) involved is very natural, very human. To do so by excluding all else smacks of a lack of basic understanding of the dynamics of professional sport.

Even in Australia, where the fans loved to hate ‘Virraat’, they came around eventually, their grudging admiration and respect perhaps an acknowledgement that they saw in him one of their own. In India, the ‘hate’ seems more contrived than natural because the contrast between reality and the cyberworld couldn’t be starker. If that’s all the slush that is going to come his way, Kohli may not even feel the need to turn to Shastri for management tips.