Who after Sania Mirza? Tokyo Olympics Leave a Question for Indian Tennis 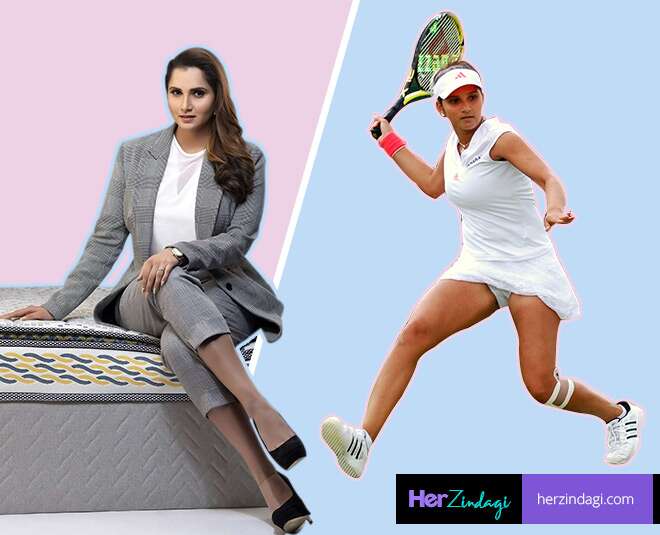 Sania Mirza, India’s most famous female athlete, had a bitter-sweet Olympics at Tokyo.

She became one of the rare Indian women athletes to play a 4th Olympics, but exited in the first round of the women’s doubles event partnering Ankita Raina.

It’s not a pair that plays often on the tennis circuit and therefore not one that had any real chances at a medal. But given that Sania didn’t have a male compatriot to partner with in mixed doubles to have a realistic shot at the medal, the women’s doubles was the event all Indian tennis lovers were focused on to spring some surprise magic.It wasn’t to be.

Sania-Ankita lost their first round after leading by a set and a break. They raced to a winning situation 6-0, 5-3 with Sania serving for the match. But the magic ended there.

“It was definitely a tough match. No matter who we were going to play, we were always going to have to punch above our weight. Nadiia and Liudmyla Kichenok sisters have been Top-40 in the world for a while and have a lot of experience,” Sania Mirza said speaking exclusively says to media.

“We were in a winning position and yes it was disappointing to lose from there. But when we went into the Olympics, we had to be realistic that we weren’t medal hopefuls.”

“It was a great experience for Ankita being her first Olympics, but we were playing at a level which is pretty different. So, it would have been nice to win the match. But that’s just sport for you.”

With Sania having played her record-equaling 4th Olympics and soon to turn 35, she herself doesn’t deny that this could have been her last Olympic effort. And with that comes the rather scary thought – what after Sania Mirza?

“Yes, that’s the answer we are all searching for. Who after Sania Mirza? It has been a tough question,” said the Hyderabadi. “We haven’t had a player to make that breakthrough unfortunately.”

But for Sania’s protected ranking, that allowed her to pick a partner, and singles player Sumit Nagal’s last day entry due to other pull-outs, India was staring at a very real prospect of not having any representation in these Games in Tennis. But what happens in 3 years’ time in Paris?

“I hope in 2024 we have someone to represent India in tennis. If I’m not playing anymore, and so is Rohan (Bopanna), it might be tough to be honest to have someone there. But I hope I’m proven wrong.”

India currently looks far off from having a player break into the top-100 in either men’s or women’s singles. Sania is the youngest of the golden generation of Indian tennis – that included Leander Paes, Mahesh Bhupathi and Rohan Bopanna all winning doubles grand slams.

“We are all a little bit concerned that we haven’t had that one person in men’s or women’s, in singles or doubles to consistently be in the mix at the top events. To have an Indian qualifying, to have representation in grand slams would be great. Last few years we were used to a lot of us going into slams and even winning them, so it is a bit of a concern who will carry forward that baton.”

Mahesh Bhupathi felt the next generation will be up to the task. “I think by Paris, the likes of Sumit (Nagal), Ram Ramanathan and Ankita will make it again and represent us.”

Well, all eyes will certainly be on who can take on that mantel.