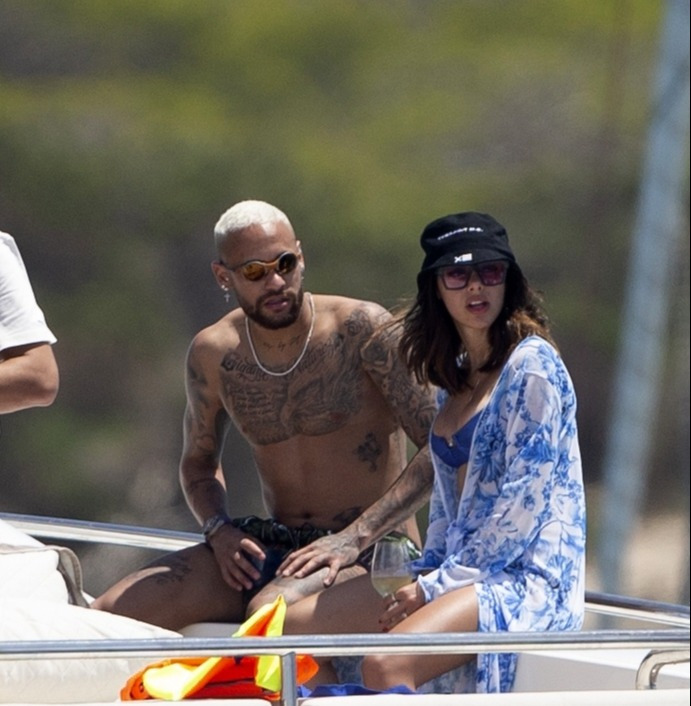 Paris Saint-Germain forward Neymar is rumoured to be dating social media influencer Bruna Biancardi. The two have been spotted holidaying in Ibiza together sparking speculations of romance. As per a report in The Sun, the 29-year-old is currently in the party island of Spain with the Brazilian beauty. The football star will soon head to France for pre-season duty.

Recently, Neymar posted pictures from a get together with his friends on Instagram. Former Barcelona team-mate and current pals from PSG – Lionel Messi, Angel Di Maria, Marco Verratti and Leandro Paredes all posed together.

The report suggests that Neymar introduced Bruna to his mates in Ibiza. The influencer was also photographed alongside Messi’s wife Antonela Rocuzzo. According to news agency AS, Messi and Rocuzzo hosted a dinner last week. Di Maria’s partner Jorgelina Cardoso had shared a photo of Leandro Paredes, Ángel Di María and Marco Verratti with their respective partners and Daniella Semaan, Cesc Fàbregas’s wife, which also featured Bruna. Her presence at the dinner has intensified the romance rumors .

Bruna posted an image of herself on Instagram wearing a white dress. The background of the snap is the same as seen in Neymar’s upload on the same day on Instagram.

So far, neither Neymar or Bruna have given an official confirmation of a possible relationship.

Although there is no trace of either of them in each other’s social media feeds, shares by fan pages have managed to fuel the rumor mill about the more than likely courtship.

Neymar bid adieu to FC Barcelona in 2017. Despite his exit, the PSG forward has remained close friends with Messi. The six-time Ballon d’Or winner left Barcelona after he could not renew his contract due to financial issues at his boyhood club. Neymar is set to reunite with Messi at Paris Saint-Germain in Paris where the biggest football transfer in the history of the sport is scheduled to take place. Neymar posted an old video with Messi on social mediato announce PSG’s signing of Messi on a free transfer. “Back together,” wrote the 29-year-old on his Instagram Stories.