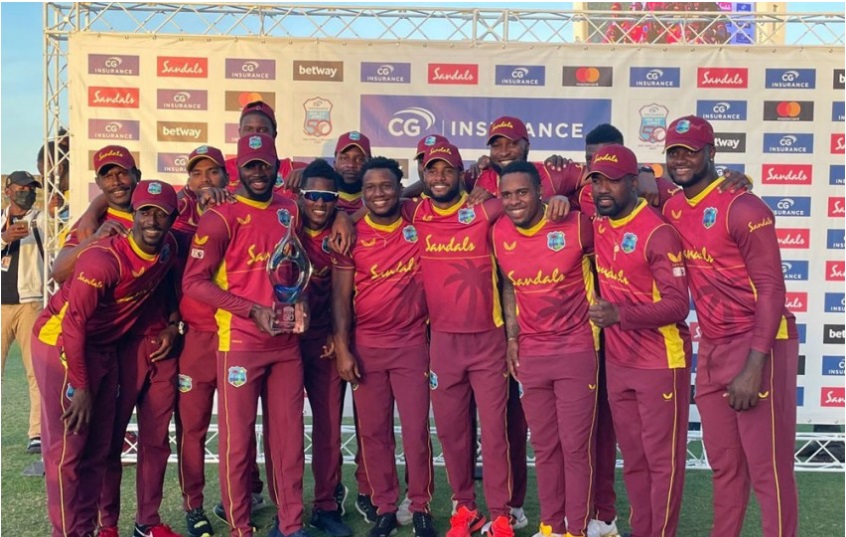 Earlier in the game, West Indies won the toss and asked Sri Lanka to set a target. The Lankans were off to a fine start but they struggled in the middle overs and kept losing wickets at regular intervals. Their batters got starts but failed to get going. They lost their 6 wickets for 151 in the 32nd over. It looked like West Indies will stop Sri Lanka to a very low score but Hasaranga along with Bandara made sure that wasn’t the case as the duo added a 100-plus stand to take the team over 270. Hasaranga scored 60-ball 80 and hit 7 boundaries and 3 biggies in the process. Hosein got 3 wickets to his name and he was the pick of the bowler for the hosts. The West Indians gave away a little too many in the death overs. However, their performance in the first half of the innings meant that Sri Lanka couldn’t post a massive total and on the back of fine batting performance, West Indies have managed to stroll to a victory

Darren Bravo’s fourth one-day international century steered the West Indies to a five-wicket win over Sri Lanka and a sweep of the three-match ODI series.

Bravo was out for 102 in the 47th over when the West Indies needed only 26 runs to overhaul Sri Lanka’s total of 274-6. He shared an 80-run partnership with captain Kieron Pollard, who finished 53 not out as the home side won with nine balls to spare.

Bravo earlier joined with Shai Hope in a 109-run partnership for the third wicket which put the West Indies on target to victory after the hosts had been 39-2 in the 10th over.

Captain Jason Holder ended the run chase with a six from the third ball of the 49th over as West Indies ended on 276-5.

Bravo’s century was his first in an ODI since June, 2016 when he scored 102 against South Africa at Bridgetown, Barbados.

“I think today was an important day for me,” Bravo said.

“Yesterday my sister celebrated her 30th birthday. I wasn’t there for her celebration so I knew I had to do something special for her. I just want dedicate this one-day hundred to her.