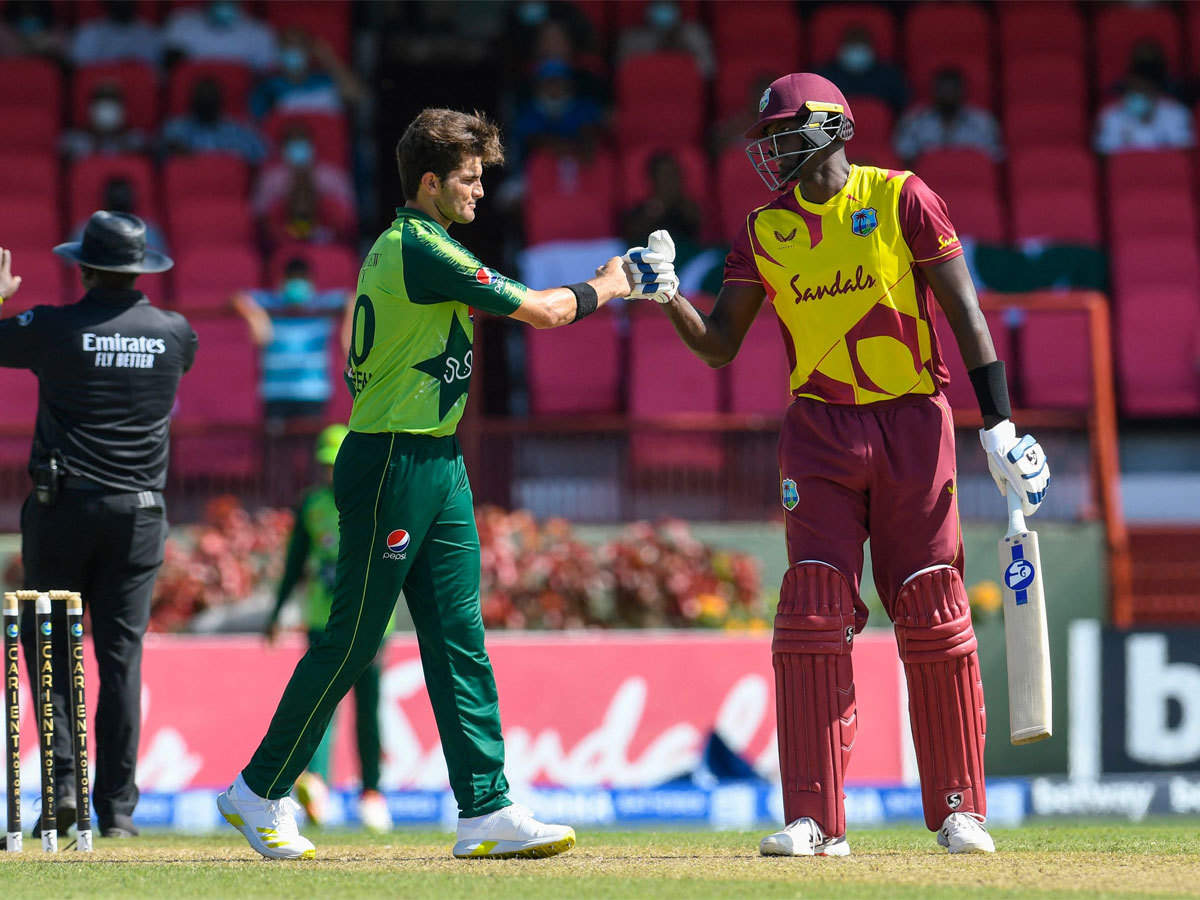 Pakistan’s versatile bowling attack did just enough to restrain a rampant Nicholas Pooran and come away with a seven-run victory over the West Indies in the second T20 International of the four-match series at the National Stadium in Guyana on Saturday. Following a rain-ruined opening encounter in Barbados three days earlier, Babar Azam’s team will go into the third match of the series on Sunday, also at Providence, with 1-0 lead. Pooran’s explosive unbeaten 62 off 33 balls with six sixes and four fours kept the West Indies in with a chance of overcoming the lethargy of much of their innings, even to the final over when 20 runs were required to overhaul Pakistan’s total of 157 for eight.

However Shaheen Shah Afridi claimed the wicket of captain Kieron Pollard and then denied the rampant Pooran the opportunity to swing freely and lustily at the next three deliveries to ensure the visitors came away with the win with the hosts kept to 150 for four.

West Indies were again undone in their run chase by the number of scoreless deliveries, 47, in their innings, although nothing could take away from the outstanding bowling effort of Mohammad Hafeez.

Bowling the first over of the innings, the veteran off-spinning all-rounder bowled Andre Fletcher with his second ball and conceded just six runs across his four overs.

“Knowing these conditions and having played cricket here before in the Caribbean Premier League certainly helped as I knew it would be difficult for the batsmen,” said Hafeez at the end of the match.

“They are very powerful players so the challenge is always to keep a tight line every time,” he added.

Pollard, who played the supporting role in a 70-run fourth-wicket partnership with Pooran to revive the West Indies chances, gave credit to his bowlers for limiting their opponents after he chose to put them in to bat.

“We were staring down the barrel of a 170-plus total and I was really happy with the way the bowlers battled back in the latter half of their innings,” he observed, before putting a positive spin on the run chase.

“We had to try and explode towards the end but it just didn’t work out, however the way Evin (Lewis) and Hetty (Shimron Hetmyer) kept things going in the middle overs was quite pleasing,” he added.

While enjoying the win, Babar Azam felt his team should have gotten more runs on the board.

“We were 10-15 runs short but we have to give thanks to the bowlers for the way they kept the West Indies batsmen in check,” Babar noted.

“Losing back-to-back wickets is something we have to improve on in the final overs and we hope to do better in the last two matches,” he added.

It was Jason Holder and Dwayne Bravo who combined to put the brakes on the Pakistan scoring rate.

Holder, the former captain, returned the excellent figures of four for 26 while Bravo, the veteran all-rounder and leading wicket-taker in all T20 cricket, claimed two for 24 as the tourists squandered a solid platform provided by Babar Azam and Mohammad Rizwan.

Babar’s polished 51 off 58 balls with two sixes and four fours was the topscore of the innings.

He put on 67 runs for the third wicket with Rizwan after Sharjeel Khan and Rizwan had set the stage for a challenging target in putting on 56.

However the demise of Rizwan for 46 via the run out route interrupted the smooth flow of the visitors’ innings.

In the mad dash through the final overs to lift the flagging scoring rate Pakistan lost four wickets in the space of eight deliveries as the discipline, accuracy and clever variations of Holder and Bravo brought its reward.