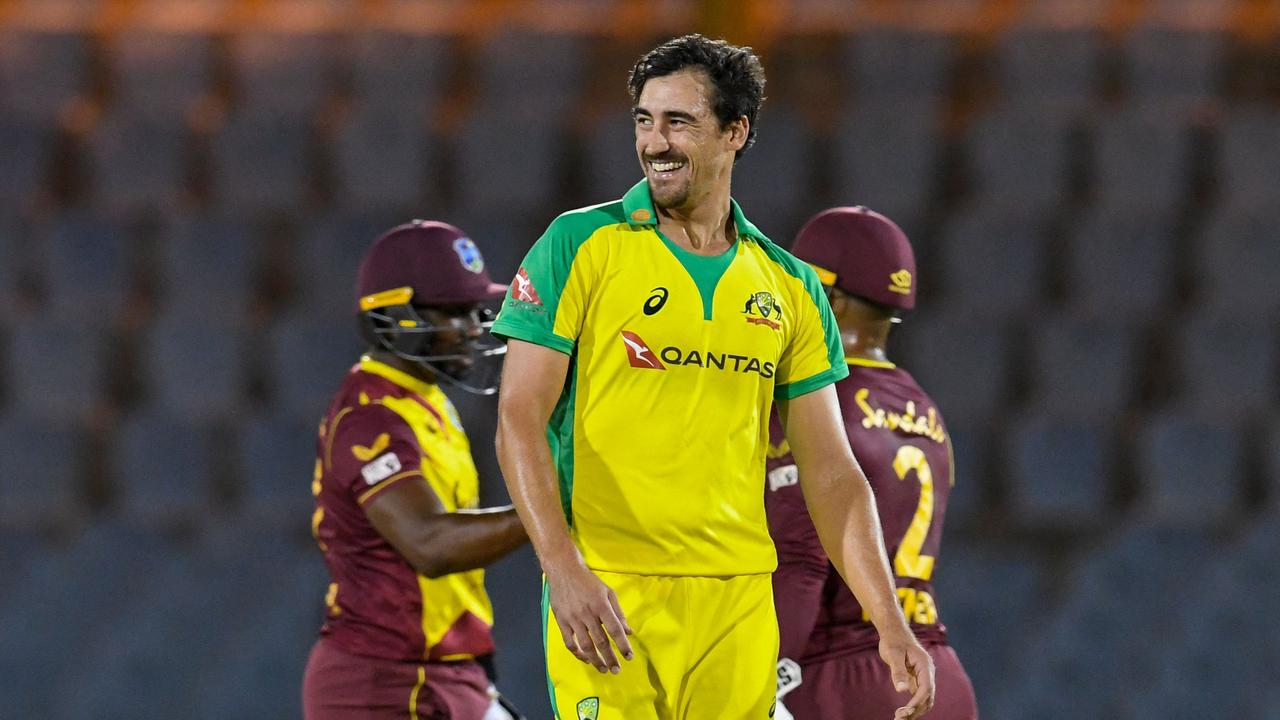 Australia’s pacers demolished the West Indies batting line-up to claim a comprehensive 133-run victory on the DLS method in the rain-affected first One-Day International of a three-match series at Kensington Oval in Barbados on Tuesday. After stand-in captain Alex Carey led from the front with a topscore of 67 to lift his side to 252 for nine batting first, only his Caribbean counterpart Kieron Pollard (56) stood firm against the tourists’ faster bowlers as the home side were routed for 123 off 26.2 overs in reply.

Set a revised target of 257 in a match reduced to 49 overs per side, West Indies were reduced to 27 for six with opening bowlers Mitchell Starc and Josh Hazlewood sharing the wickets. It took Mitchell Marsh, Australia’s lone consistent performer in the preceding 4-1 T20 International series loss in St Lucia, to end a 67-run stand between Pollard and Alzarri Joseph.

That breakthrough opened the door for Starc to finish the job with a haul of five for 48 which earned him the “Man of the Match” award. Hazlewood had the impressive returns of three for 11 in his opening burst and was not required to return for a second spell.

“This was a really special effort for us with three debutants in the side,” said Starc at the end of the match, acknowledging the first appearances in ODI colours for Australia by Josh Philippe and Ben McDermott, who featured in a 51-run opening partnership, and fast-medium bowler Wes Agar. “We thought there was some variable bounce and different pace from that pitch and it helped us a bit.”

That effort came after leg-spinner Hayden Walsh led the West Indies bowling effort with figures of five for 39, triggering a late slide when he broke a 104-run fifth wicket partnership between Carey and Ashton Turner (49).

“I thought our bowlers did a very good job to limit Australia given that the average score batting first here is a round 260,” a remorseful Pollard noted. “To be brutally honest though, I felt we gave away 20-25 runs in the field. (On the batting side) I just want our guys to put up a fight. Just because the ball is swinging or moving, don’t just give it away with soft dismissals.”

Having made the decision to bat first on winnings the toss, it was Carey who also featured in the winning moment, taking the catch at the second attempt behind the stumps to dismiss Walsh of leg-spinner Adam Zampa, who was earlier belted out of the attack by Pollard.

Now, there are speculations on regular captain Aaron Finch that he recovers in time for the second match on Thursday at the same venue or would Carey be called upon to build on his excellent captaincy debut.