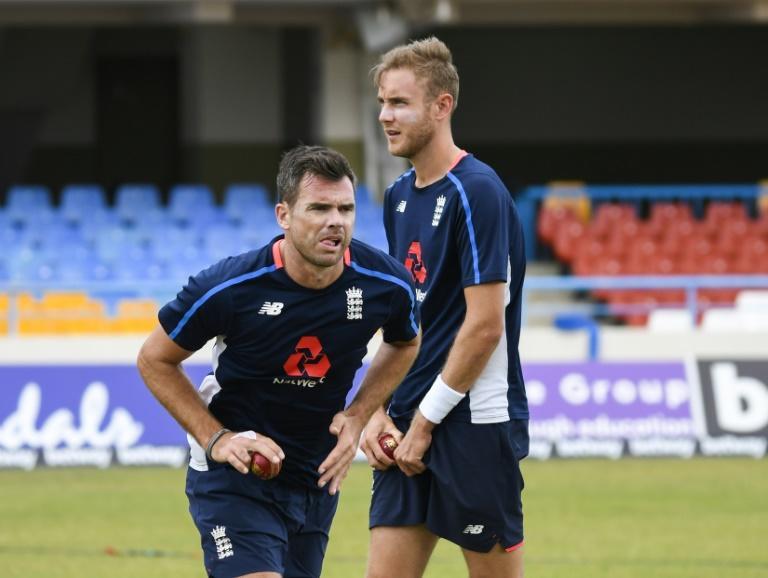 London: Andrew Strauss said on Wednesday he is adamant that James Anderson and Stuart Broad still have a future in Test cricket after England’s two most successful Test bowlers were left out of next month’s tour of the West Indies. The pacemen were omitted from a 16-man squad announced on Tuesday for a three-match series in the Caribbean despite boasting 1,177 Test wickets between them as England seek to bounce back from their Ashes debacle.

“They were both very disappointed and that doesn’t surprise me,” England and Wales Cricket Board interim managing director Strauss told Sky Sports.

“They’re both very passionate about playing for England. I hope that they understand the rationale for the decision and also they understand that no one is saying this is the end of the road for either of them.

“Their job right at the moment is to get themselves fired up to go for the start of the international summer in June.”

Anderson, who has 640 Test wickets, and fellow pace bowler Broad, who has 537 scalps, are among eight players axed from the squad that suffered a humiliating 4-0 Ashes series loss in Australia.

There have long been suggestions the 39-year-old Anderson and 35-year-old Broad have held too much sway over England captain Joe Root, who is continuing in his post despite the Ashes defeat.

But Strauss, who captained successful England sides featuring Anderson and Broad, said: “This is more about us finding a bowling resource that’s capable of winning away from home and obviously you need a lot of variety in your attack to do that, that’s blatantly obvious.”

Although England have won just one Test series in the Caribbean in 54 years, Strauss justified the decision to omit the outstanding new-ball pair by saying it was a chance to see other bowlers perform.

“It’s the start of a new cycle and is a refresh and a reset and that dressing room will feel very different without Broad and Anderson in it,” he said. “But I wouldn’t in any way want people to think Broad and Anderson aren’t thoroughly professional in everything they do in an England shirt.

“That’s why they’ve been as successful as they have been in England colours and they still have a lot to offer, both on and off the field.”

England did not once manage a total of 300 in the five-match Ashes series, with Strauss revealing star batsman Root had asked to move up to number three in a bid to shore up the faltering top order.

“That was his request and I think everyone agreed that was probably a healthy thing for the England team at the moment,” said Strauss.

With Rory Burns and Haseeb Hameed both axed, Durham batsman Alex Lees is set to be given a run facing the new ball.

“Our issues have been at the top of the order so we’re going to see a new opening partnership out there with Alex Lees coming in,” said Strauss.

“Joe’s stepping up to three gives a bit of space in the middle order for some of those less experienced players to show what they can do.”