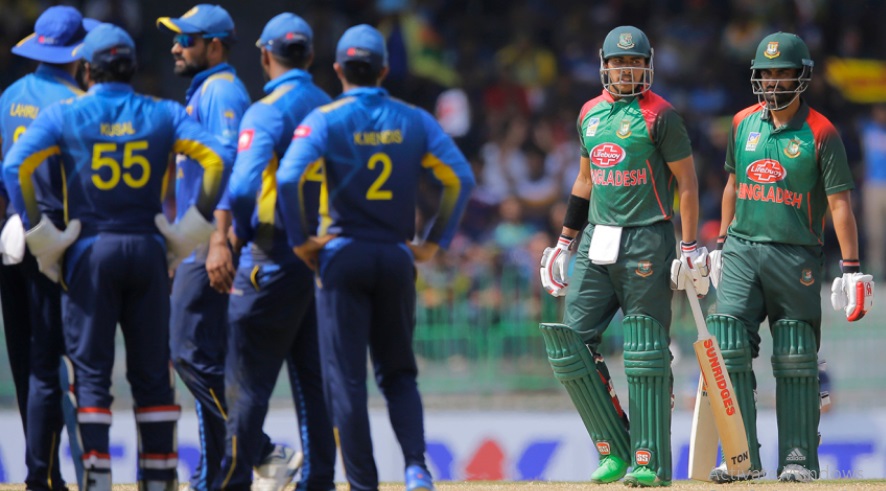 BCB has to navigate through a delicate period in the coming two weeks to hold the Bangladesh-Sri Lanka ODI series later this month. Although the board officially announced the dates of the three matches, the country’s Covid-19 rules could influence a couple of crucial factors.

From a cricketing point of view, it is not yet clear whether Shakib Al Hasan and Mustafizur Rahman will have to do a 14-day quarantine, which is the ongoing government directive for anyone arriving from India. They are currently in two separate hotels in Dhaka, having arrived on May 6. If they have done the two-week isolation, they will only have three days to prepare for the first ODI on May 23.

So far, Shakib has cleared the first of multiple Covid-19 tests with a negative result while Rahman awaits his result. BCB’s chief executive Nizamuddin Chowdhury said that they are working on shortening their quarantine, but it is a long process for sportspersons.

“We are working step by step,” Chowdhury said. “Those coming from India have a different, more difficult protocol. We are hopeful of hearing a good result. One has to keep in mind that we are not getting any special privileges. International cricket has a different protocol during these times. Generally, a person who arrives in a passenger aircraft has to do one test and follow the government protocol. They don’t have to do another test.

“Those taking part in sporting events have to follow a particular protocol, take those tests at the prescribed time. They can only take part when they are negative in those tests. It is not the same protocol for general people.”

The other quarantine that might put them in an even bigger difficulty is for the broadcast crew. The BCB doesn’t have a permanent media rights holder since their agreement with Gazi TV expired last year. They have invited fresh bids for a two-year deal on April 28, for which the bidding process will take place on May 17

The Bangladesh-Sri Lanka ODI series is part of the deal, which means whoever wins the bid, will technically have five days to bring the crew. Usually, the BCB and Bangladeshi companies hire crew from India and South Africa. Individuals arriving from these countries have to go through 14-day quarantine, according to local health protocol.

“This is definitely a challenge. We are trying to work with the government protocol to bring the crew. We are also looking at other options. We might bring a crew from other countries where cricket is being currently played,” said Chowdhury.

The good news is that the Bangladesh players who arrived from Sri Lanka on May 4, can take part in the training camp at the Shere Bangla National Stadium after a negative Covid-19 test.

“We have the green signal about the cricketers from Sri Lanka. We are hopeful that they can join training within a day or two after testing negative,” said Chowdhury.