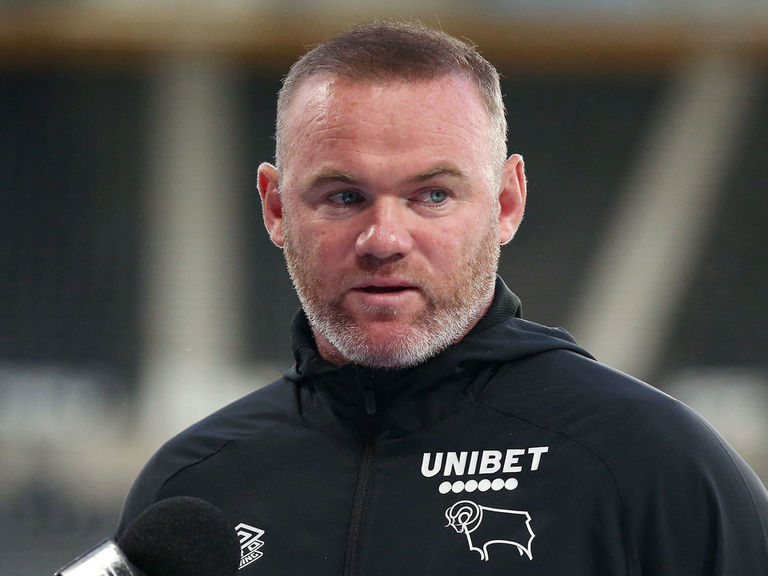 The images circulated on Sunday on social media. On Tuesday, Cheshire Police confirmed they dropped a complaint of blackmail made concerning the photos.Derby manager Wayne Rooney apologized to his family and employer after photos of him at a private party surfaced online.

The photos appeared to show the former Manchester United striker asleep in a hotel room surrounded by a group of young women.

“I made a mistake,” Rooney told Sky Sports. “I went to a private party with two of my friends and, from me, I’d like to apologize to my family and the club for the images which were going round and I want to move forward on this.”

“I’m grateful to Derby County for giving me this opportunity to get this club back to where it belongs, and I’ll do everything in my power to make sure I do that,” he continued.

The images circulated on Sunday on social media. On Tuesday, Cheshire Police confirmed they dropped a complaint of blackmail made concerning the photos.

“It’s dealt with,” Rooney said. “I’m looking forward to moving forward and preparing for another game on Sunday.”

Rooney has on-field headaches, as well, including one of his own makings. With a player shortage, Rooney had been joining in training sessions. Last week, he went into a 50-50 challenge with promising young midfielder Jason Knight and the Ireland international came out of it with an injured ankle.

The 20-year-old Knight is expected to be sidelined for at least two months.

“With Jason, it was a training ground incident, which happens,” Rooney told Sky. “I demand that the players train with a lot of intensity. Players get injured on the training pitch, unfortunately, Jason did, and I’m looking forward to having him back fit and ready for selection. That’s football.”

The Rams narrowly avoided relegation in May and open the Championship season on Aug. 7 against Huddersfield.

Rooney, the record scorer for England and Manchester United, took over at Derby first on an interim basis as player-coach and then permanently in January upon his retirement.