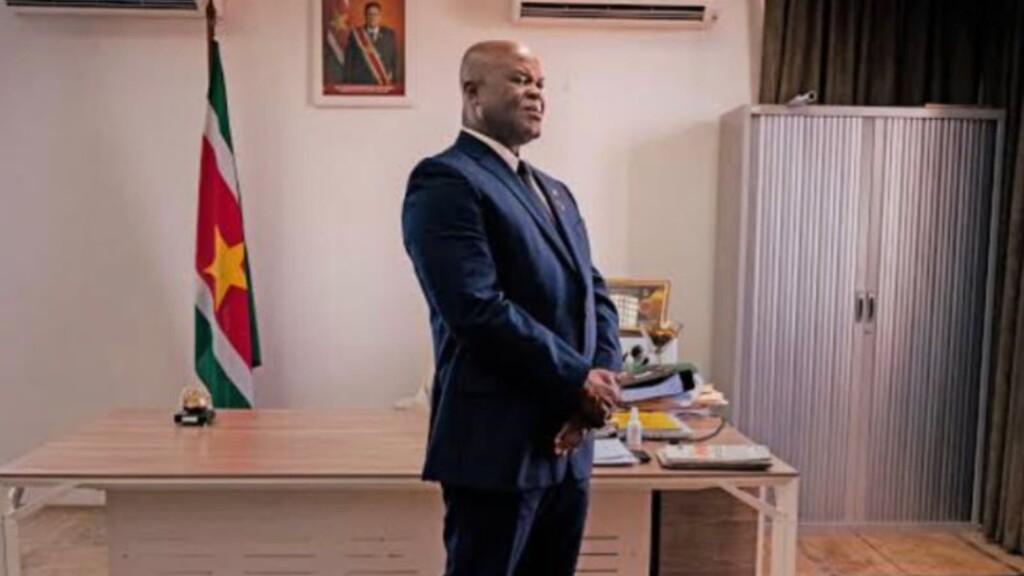 Suriname Vice President Ronnie Brunswijk took a break from his political duties Tuesday to play a football match — a pro-team CONCACAF league match. At age 60. Brunswijk may be second in line to the presidency, but he’s captain of the Inter Moengotapoe football team. He’s also the team owner. Brunswijk played for 54 minutes in Inter Moengotapoe’s 6-0 loss to CD Olimpia of Honduras in Suriname’s capital Paramaribo. Wearing the number 61 — symbolic of 1961, the year of his birth — the vice president played in the forward position alongside Damian Brunswijk, who happens to be his son.

“Ronnie Brunswijk (Vice-President of Suriname and President of Inter Moengotapoe) becomes the oldest player (60 years and 198 days) to play in an international club match,” the sports commentator known as “MisterChip” tweeted.

A former army sergeant and ex-rebel leader, Brunswijk participated in Suriname’s civil war in the 1980s against then-dictator Desi Bouterse.

Today Brunswijk is a wealthy businessman as well as a politician, but in 1999 he was found guilty in absentia of drug trafficking and sentenced to eight years in prison by a court in the Netherlands, Suriname’s former colonial power.

A French court found him guilty for the same crime and in 2000 sentenced him to 10 years prison.

Brunswijk however is safe at home, as Suriname does not extradite its citizens.

First elected to parliament in 2005, Brunswijk formed an alliance with the head of the main political opposition, former justice minister Chandrikapersad Santokhi.

In July 2020 Santokhi was elected president for a five year term, with Brunswijk as his vice-president.

Brunswijk will not join in his team’s second leg tournament game in Honduras, since he cannot leave the country without risk of facing legal trouble.