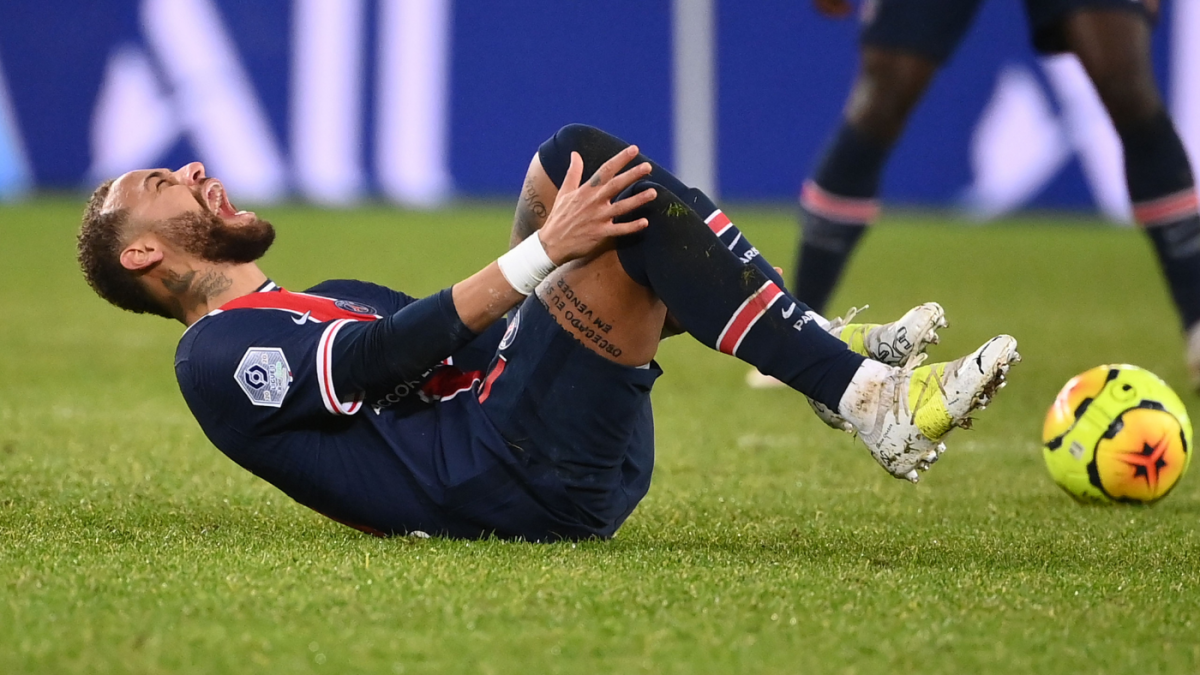 Brazilian star Neymar was stretchered off with an ankle injury during Paris Saint-Germain’s (PSG) recent Ligue 1 encounter against Saint-Etienne on Sunday. Despite his injury, PSG ended up sealing a 3-1 win with Lionel Messi bagging a hat-trick of assists. Neymar’s injury occurred in the last few minutes of the game when a sliding tackle saw his ankle twist beneath the opponent’s leg. The former Barcelona forward was visibly in pain and was taken off in tears.

The extent of the injury is not known yet, with no official statement from the French club.

Here is a video of the freak tackle which injured Neymar:

Hope he is fine and comebacks soon #Neymar #PSG pic.twitter.com/zDzCcehums

Saint-Etienne took a surprise lead in the 23rd-minute, when Denis Bouanga beat the offside trap to shoot past Gianluigi Donnarumma. But Saint-Etienne’s confidence came crashing down at half-time when a crunching tackle from Timothee Kolodziejczak on Kylian Mbappe, saw him receive a red card from the referee.

The Paris side then levelled the game with Messi assisting Marquinhos, who scored via a header just at the stroke of half-time.

The Argentine genius was at his best, assisting Angel Di Maria in the 79th-minute and then Marquinhos once again in injury time.

With the win, PSG are currently on top of the Ligue 1 table with 40 points from 15 games. Rennes are in second position with 28 points, followed by Nice in third with 26 points. Lens are in fourth-spot with 25 points